Are you a coffee drinker who likes to add a little something extra? Is your cup of coffee not quite complete if it’s black? This post takes a look at the typical things you might add to your morning coffee and determines which is better: creamer or half and half. 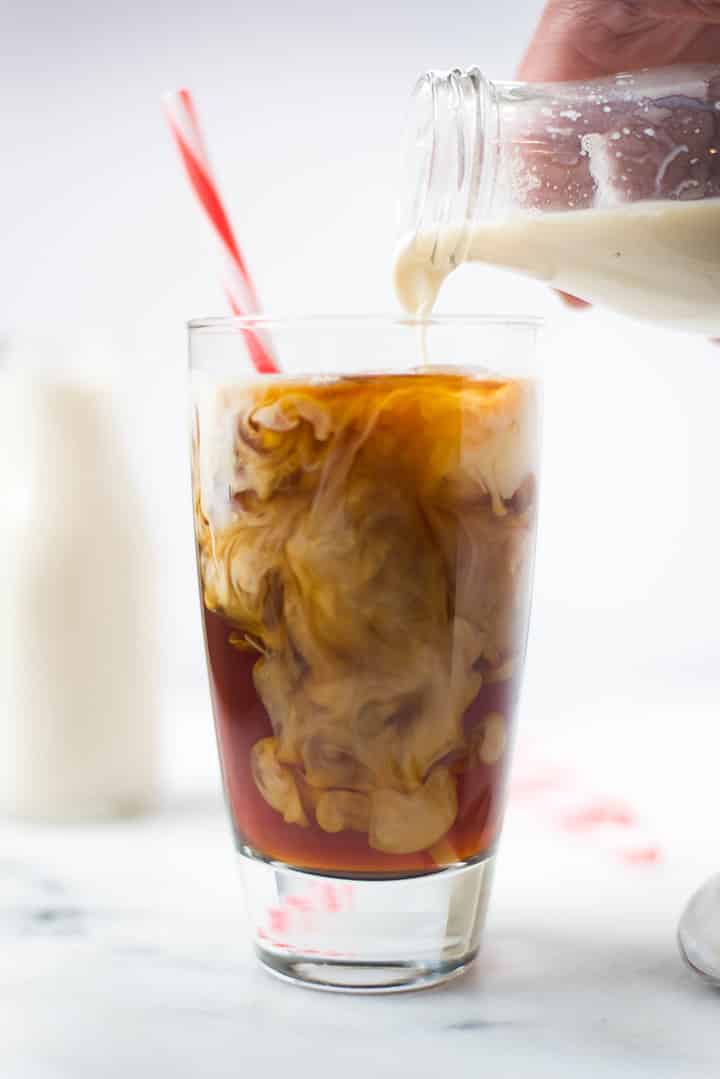 It’s great that coffee is finally off the list of bad for you foods.

Did that catch your attention? I bet!

If you want to know more, read my recent post 12 Demonized Foods That Are Actually Good For You.

Coffee is on the list I wrote in the post, as are eggs, chocolate, and full-fat dairy.<– More good news!

Being someone who enjoys coffee, it’s good to know that I can drink it without feeling that I am not keeping to my healthy lifestyle.

Cuz, I’m not giving up coffee.

As you know, I am all about clean-eating. Making sure that I stay away from unhealthy foods is something that I do as part of that.

Clean-eating is not a difficult thing to do once you get used to it. Staying away from trans fats and excess sugar are two things you need to do. Not eating processed foods is another.

But, let’s get back to coffee. Yes, in moderation. drinking coffee has lots of benefits. Want to know more? Read my post Is Coffee Healthy? to get the info. In the post, I’ll tell you all about the goodness of a cuppa java. These are just a few of the benefits:

For those of us who like a cup of coffee, we’re pretty particular about how we drink it.

After all, it’s gotta be perfect.

So, let’s look at what we put in our coffee. Some drink it black and others like cream, half and half, or even heavy cream.

We’re going to look at all of these and figure out which one is the best for adding to coffee, but in particular, I want to break it down to which is better: creamer or half and half?

Whatever you decide to add, it will change the calorie count of your cup of joe, and may even add more partially hydrogenated fat and highly processed sugar than you’d like. If you are someone who is aiming to keep a healthy lifestyle or who might be trying to lose weight, what you add to your coffee can make a difference.

A few calories here and there in your cup of coffee can add up. Drinking your calories is a sure-fire way to sabotage weight loss. If you’d like to get the scoop on other weight loss mistakes, take a look at my post on the topic. 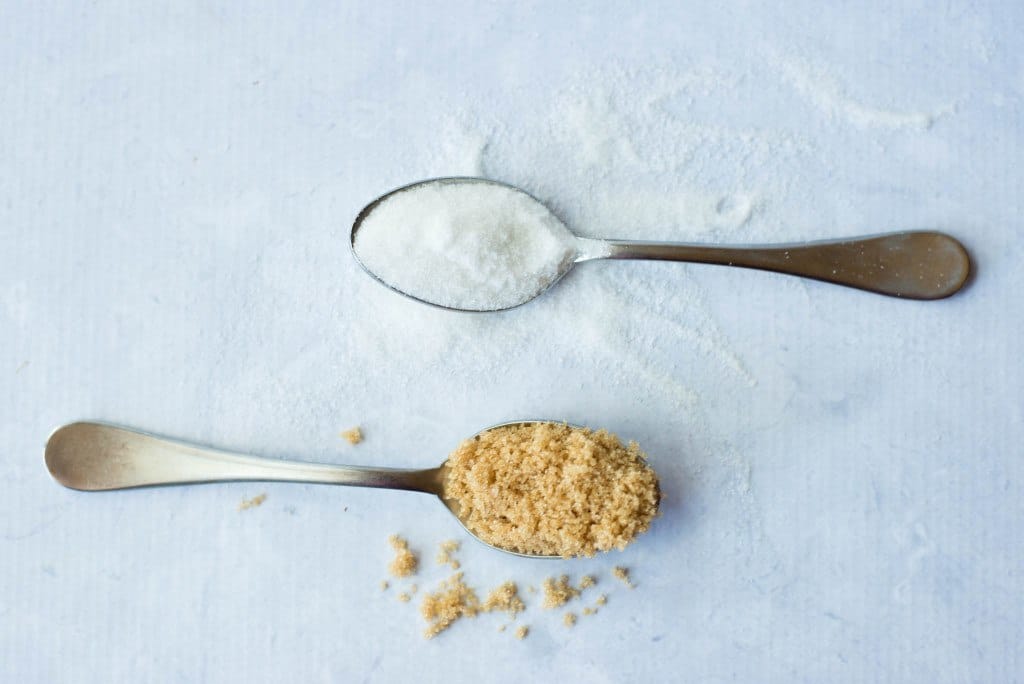 WHY CREAMER IS BAD FOR YOU?

Not all creamer is created equal. Store-bought brands of non-dairy creamer can have as much as a gram of fat per tablespoon. And sugar-sweetened beverages are proven to be linked to heart disease. Not to mention the additives in creamer, in particular, thickening agents to make the creamer more palatable and creamy. Carrageenan is one such additive, and studies show that it can have an inflammatory effect.

WHAT CAN I PUT IN MY COFFEE INSTEAD OF CREAMER?

If you just want to add a little something to your coffee but don’t want to add cream and sugar, try these alternatives. Of course, you won’t have the same dairy taste as creamer, half and half or heavy cream, but they will change the flavor and give a little twist as opposed to black coffee.

WHICH IS HEALTHIER: POWDERED OR LIQUID CREAMER?

Powdered creamer typically has more calories and fat, but to make your coffee taste comparable with store-bought liquid creamer, you’ve got to add a lot! There are additives in the creamer that you, no doubt, want to avoid such as:

So really, homemade liquid creamer is the best. If you are going to use any cream at all, making your own is by far the best way to go. Try my recipe for Homemade Creamers – I’ve created 5 super delicious flavors that will have you kicking anything but homemade creamers to the curb!

Think about it. Just a few wholesome ingredients, fewer calories, no additives, and better taste. What more could you want? 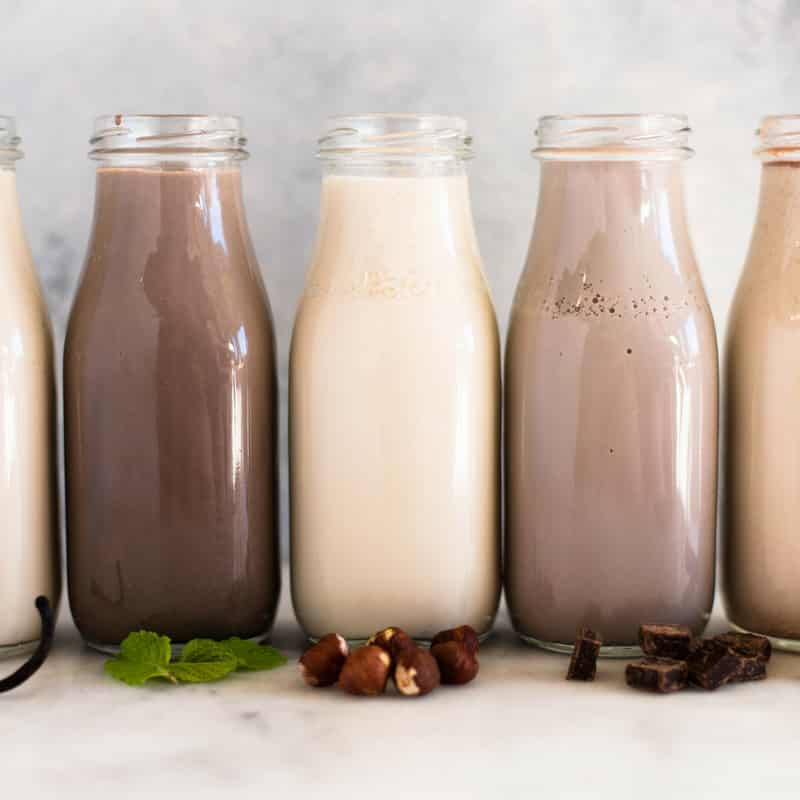 HOW TO MAKE HOMEMADE CREAMER

To make your homemade creamer, there are a few simple steps.

1. Choose your base: I make condensed milk from almond milk, coconut milk, or whole milk and raisins. Some will use half and half or cream.

2. Add a sweetener: This depends on the recipe but can be maple syrup

3. Add your flavor: This is where it gets fun. Peppermint extract, vanilla extract, dark cocoa powder, and cinnamon are a few suggestions.

4. Complete the recipe: Prep and put in the fridge for your morning coffee.

The possibilities are endless, really! Here are my combos.

4. Chocolate: Unsweetened cocoa and vanilla extract are added to the creamer.

5. Cinnamon: Start with the base and add vanilla and cinnamon. 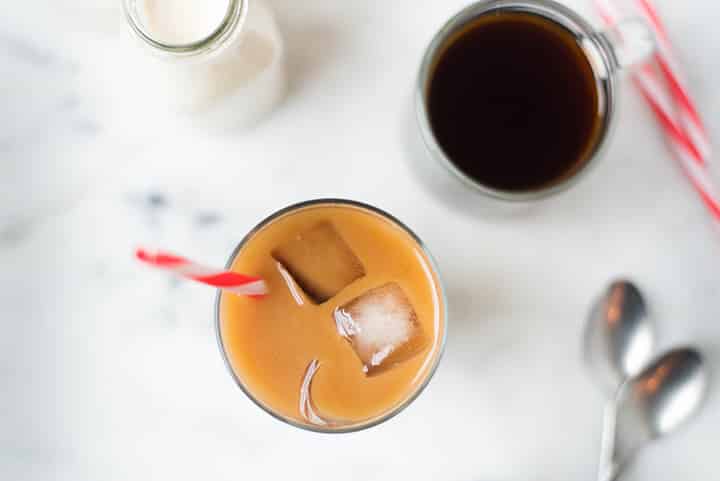 CREAMER VS HALF AND HALF

To answer the question, “which is better: creamer or half and half?” we’ll take a look at each. I’m going to include heavy cream in the comparison, too, because some people like to put that in their coffee.

Typical coffee creamer is made without dairy ingredients. The creamer is full of sugar (some brands have up to 5 grams). That doesn’t work out so well when the recommended daily serving of added sugar – not the natural sugar found in foods – is 24 grams for women and 36 grams per men. Sugar is a catalyst to so many illnesses, like diabetes and metabolic syndrome.

Some creamers will contain high-fructose corn syrup, which is one of the worst processed sugars out there. To find out more about hidden sugars in the food you eat, read my post on hidden sugars in foods. I’ve gotta admit, it’s a real eye-opener! When people try to wean themselves off of store-bought sweeteners, it is often the sugar they crave the most.

As far as fat goes, creamer contains less than both half and half and heavy cream. One tablespoon of creamer has less than a gram of fat. But it’s important to point out that there is no protein, either. As for vitamins and minerals, there is a bit of calcium, but not much else. There are 20 calories in the tablespoon serving. 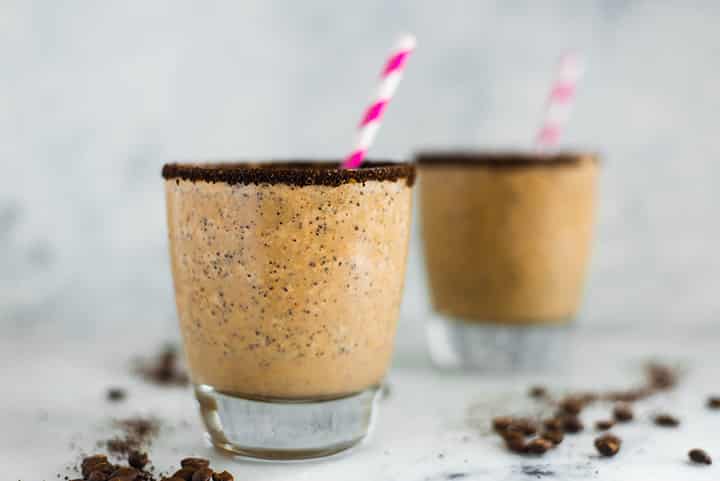 In comparison, half and half is made from dairy, which puts it a notch up from creamers right there. To make creamer, producers combine whole milk and dairy cream in equal parts.

It may contain carrageenan as a thickening agent, and if you buy a fat-free variety, you may see skim milk and corn syrup combined to replace the fat. It’s best to go with the full-fat version of half and half to avoid additives and added sugar. Half and half contains less than a gram of sugar and 20 calories per tablespoon. It has flavor but is not overly sweet.

The full-fat variety of half and half has 1.7 grams of fat per tablespoon. And, you’ve got some minerals, vitamins and protein in there, too.

Heavy cream, of course, has the most fat of the three. You’ll find that one tablespoon contains 5.4 grams of fat. There are 51 calories, and that’s because of the thick cream content. You see, heavy cream is the high fat cream skimmed off of milk when it’s processed.

In fact, heavy cream typically consists of just that, with occasionally some added thickener to give it a smoother consistency. That is not always the case. You can check the label on the carton to be sure. The amount of sugar in heavy cream is less than a gram per tablespoon, and so it does not have a sweet taste at all.

Not a lot of people use heavy cream in coffee, though. It’s more often used as whipping cream or in recipes for baked goods and sauces. 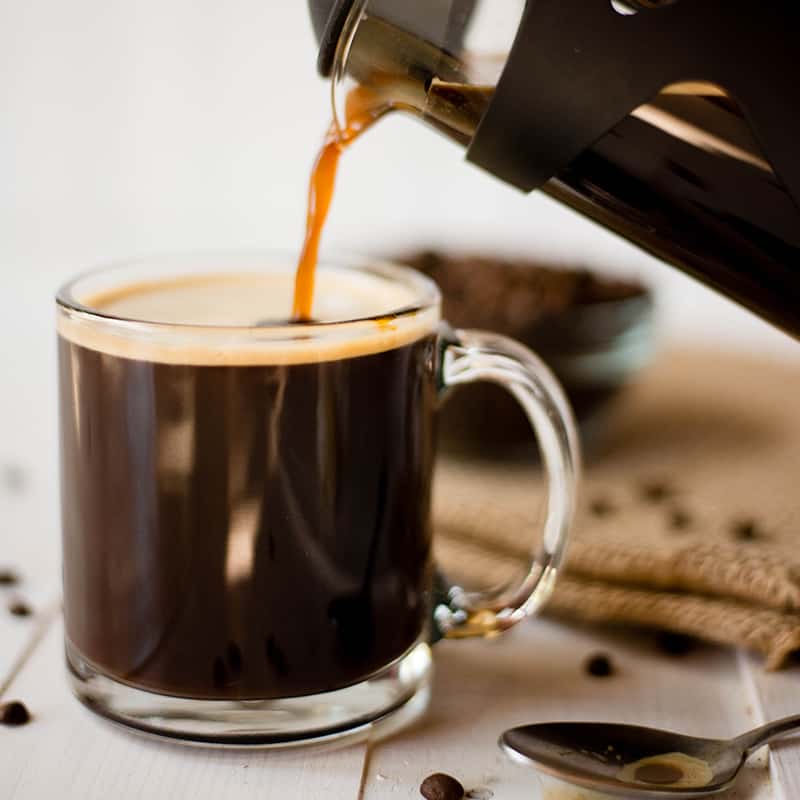 WHICH IS BETTER: CREAM OR HALF AND HALF?

Based on what we’ve learned, it’s for certain that half and half is better. Coffee creamer is more processed, and may contain some pretty unhealthy additives and tons of extra sugar. That’s especially true if you are talking about creamers that are not really cream, like the store-bought versions that are so popular.

Half and half has healthy fats and most often does not have any additives. The sugar content is low, and that’s a bonus right there. We know overdoing the sugar is not a good thing. I’ve written all about that in my post about added sugars and other foods that cause inflammation. Too much sugar can lead to a lot of nasty health issues.

So, in conclusion, it’s best to choose half and half over creamer. But if you really like to have flavor and a bit of sweetness in your coffee or it’s just not the same, then make homemade creamer, which is a big step above store-bought products.

3 thoughts on “Which is Better: Creamer or Half and Half?”

With a fabulous spice blend and mouth watering marinade, these mushrooms are next level! This post shares how to make the MOST savory marinated mushrooms ever, as well as pairing suggestions.