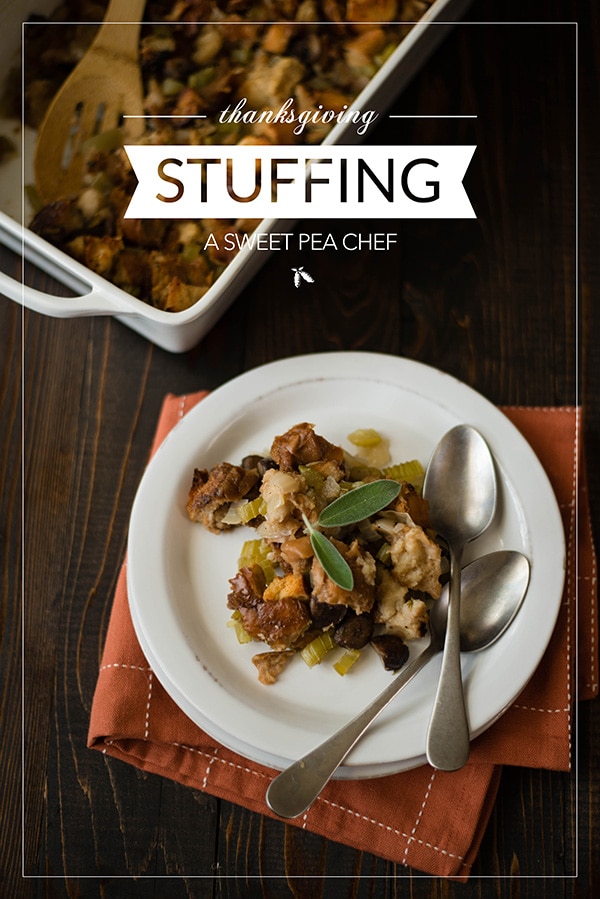 Okay…so we have the mashed potatoes and the green beans set for our Thanksgiving feast.  What next?  The stuffing, of course!

Even my brother-in-law who doesn’t cook has made this recipe and loves it. It’s that good!

Growing up, my mom would make her stuffing with Cream of Mushroom Soup to moisten the stuffing.  I enjoyed her stuffing a lot (I mean, c’mon: it’s stuffing!), but I wanted to try my own methods as I grew up and began to start my own Thanksgiving traditions. 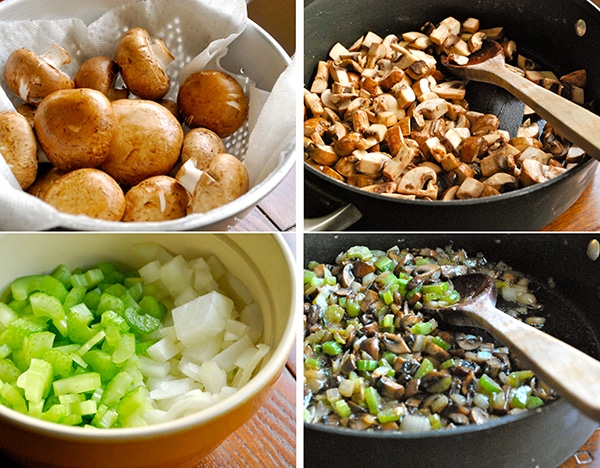 There have been quite a few trials and errors, let me tell you.

The first year Dustin and I made our own Thanksgiving dinner, I tried an apple and bacon cornbread stuffing out of a magazine.  Fancy, right? 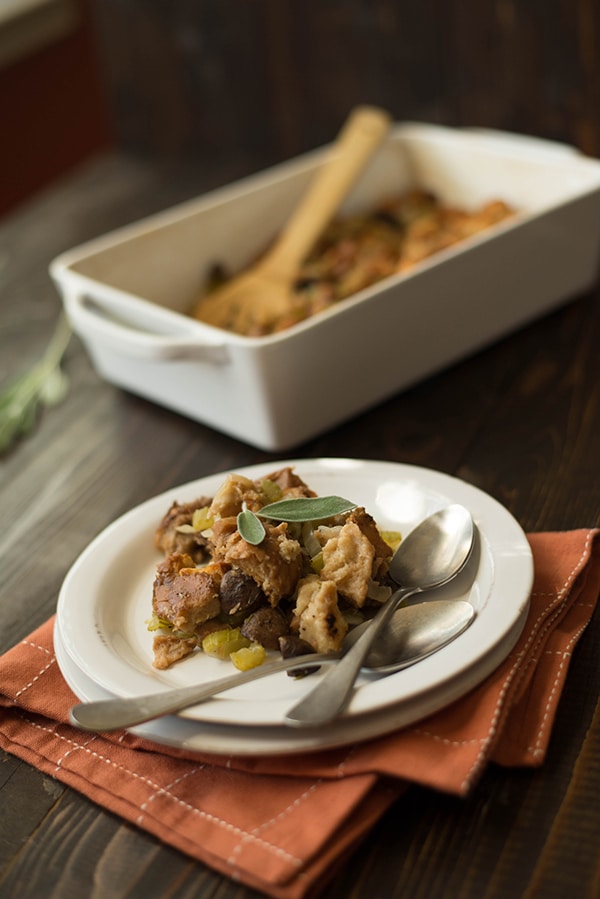 I have now made this for at least the last five Thanksgivings and it’s been a hit each time.

It’s just so good.  For its simplicity.  For its flavors.  For its texture.  For its overall yummyness.  This is a winner. 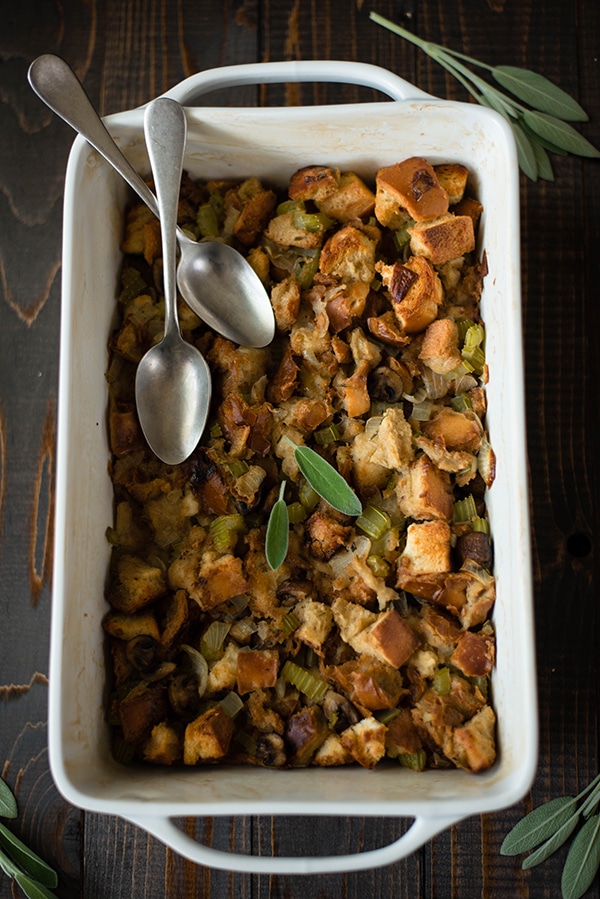 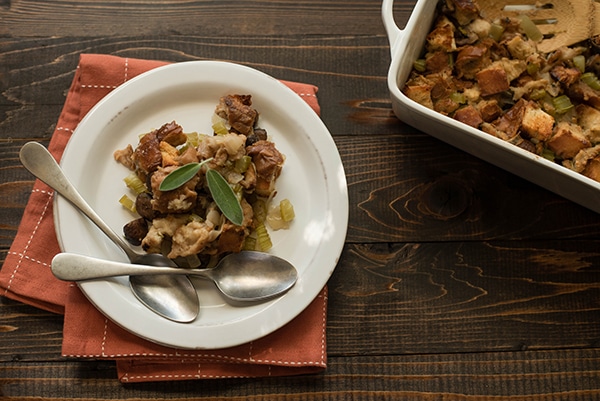 A word about this stuffing recipe. Rather than cook my stuffing in the bird, I choose to cook the stuffing separately.  When you stuff the turkey with “stuffing,” even though the bird’s meat reaches a safe temperature to consume, there are still unsafe juices that have soaked into the stuffing (which is in the center of the bird and takes longer to heat).

So, that means you have to essentially over-cook the bird to make sure the stuffing is safe to eat. 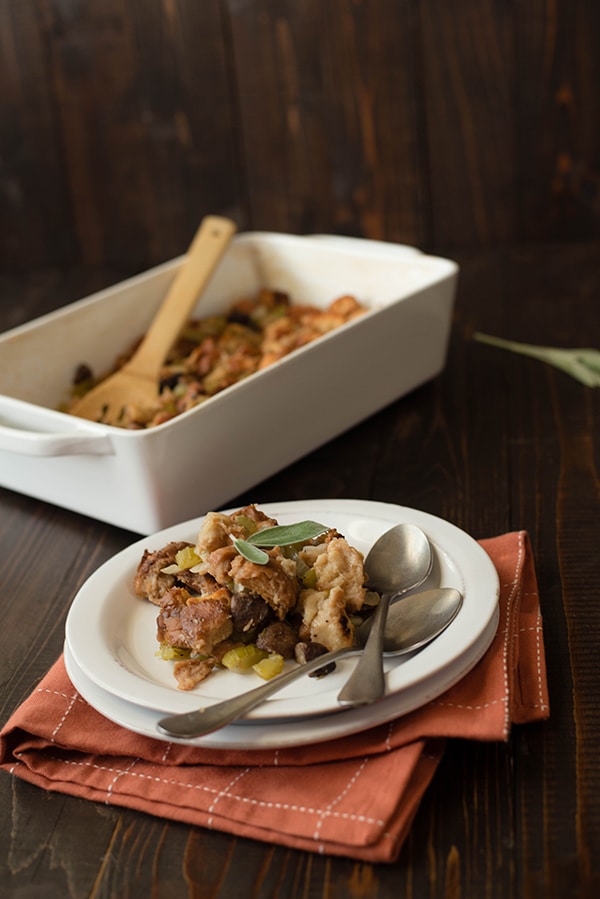 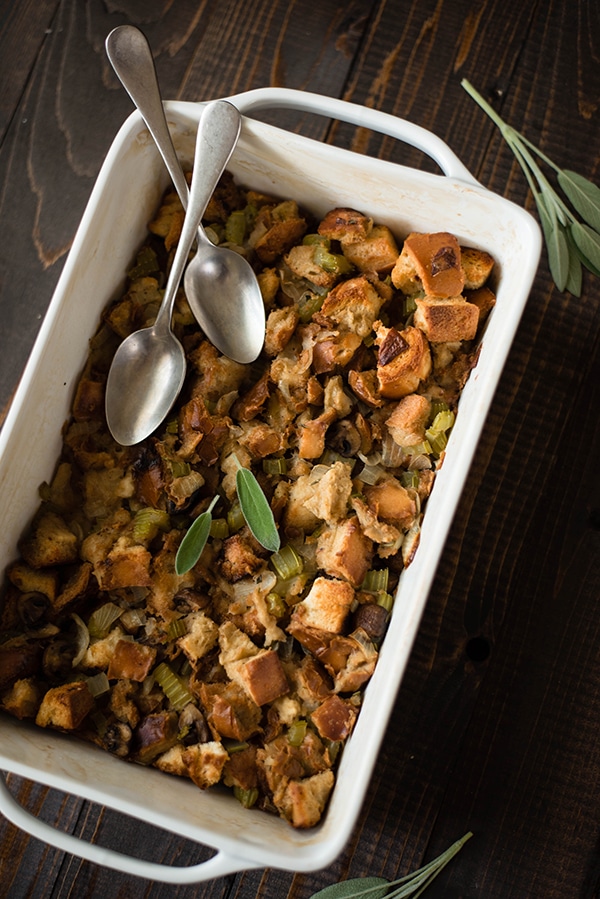 Therefore, I fill the bird with aromatics (like orange slices, fresh herbs and onion) to help flavor the bird while it cooks.  Then, I discard them.

And I fill my tummy with this delicious, safely-cooked Thanksgiving turkey that is super moist and flavorful.

I hope you try this stuffing recipe.  It’s great for Thanksgiving or any other night of the week. 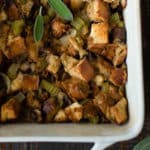