It takes just 10 minutes to prep this flavorful and healthy slow cooker hot and sour soup. With just 206 calories and only 14g of carbs per serving you can enjoy this comfort food without any guilt. 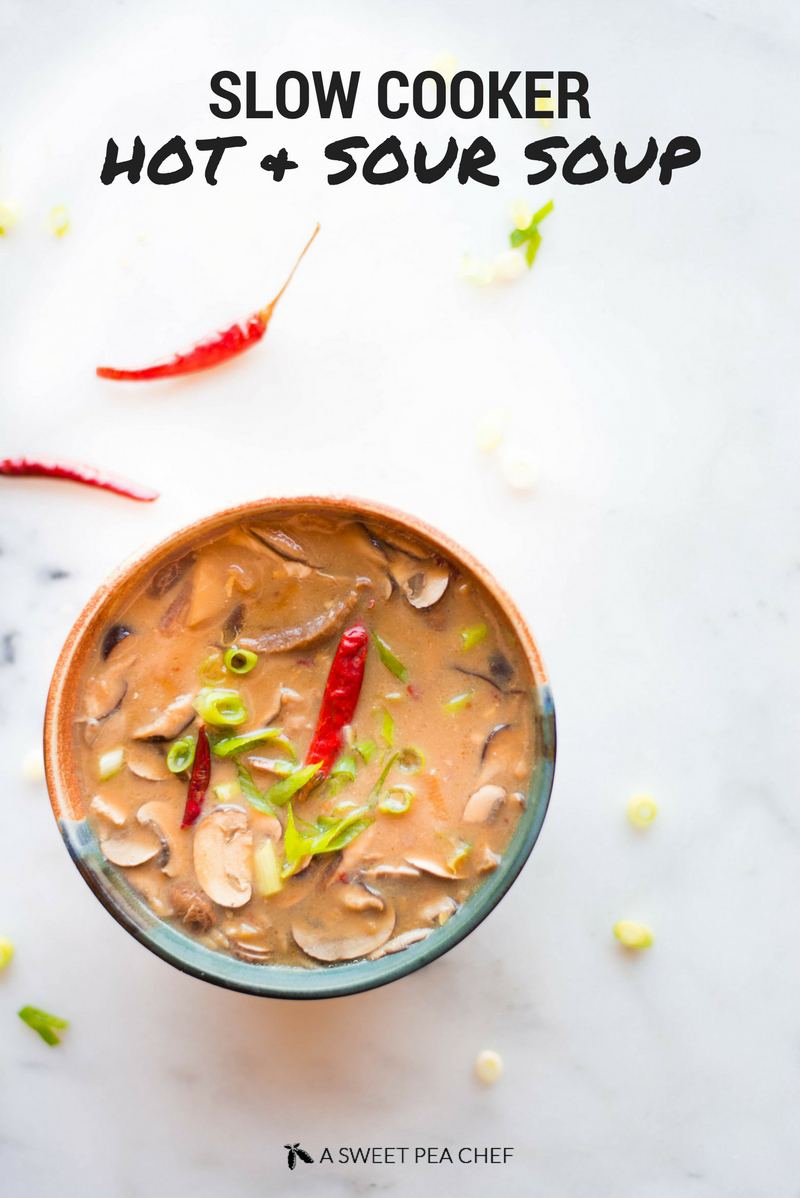 Without fail, every time I go to a Chinese restaurant, I start everything off with a yummy cup of hot and sour soup.  I always just get a cup because, sadly, no one else in my family likes it.

But, this means I get the cup all to myself, which is a nice consolation.

Ever since I was a kid, hot and sour soup has been my favorite Chinese soup.  Sure…wonton soup and egg drop are great, but there’s just something about the combination of flavors and textures that I’ve only ever experienced with my beloved hot and sour soup that I simply adore and can never get enough of. 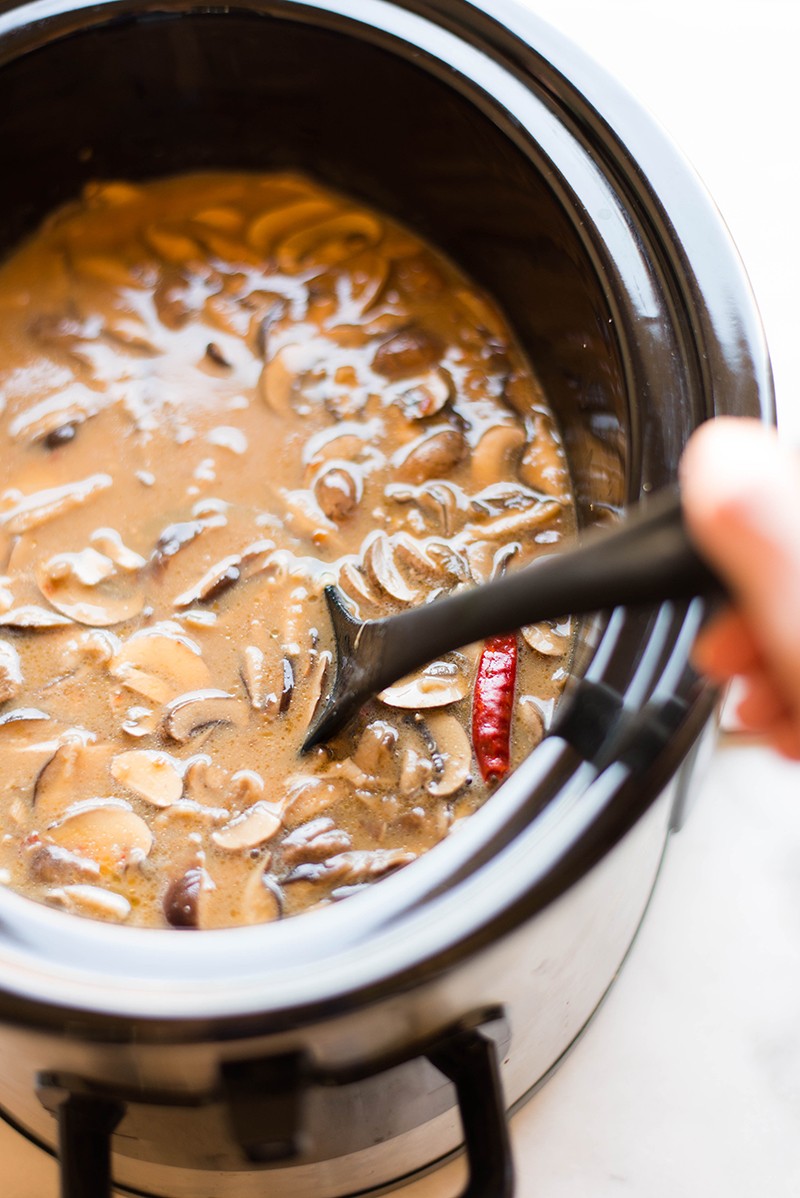 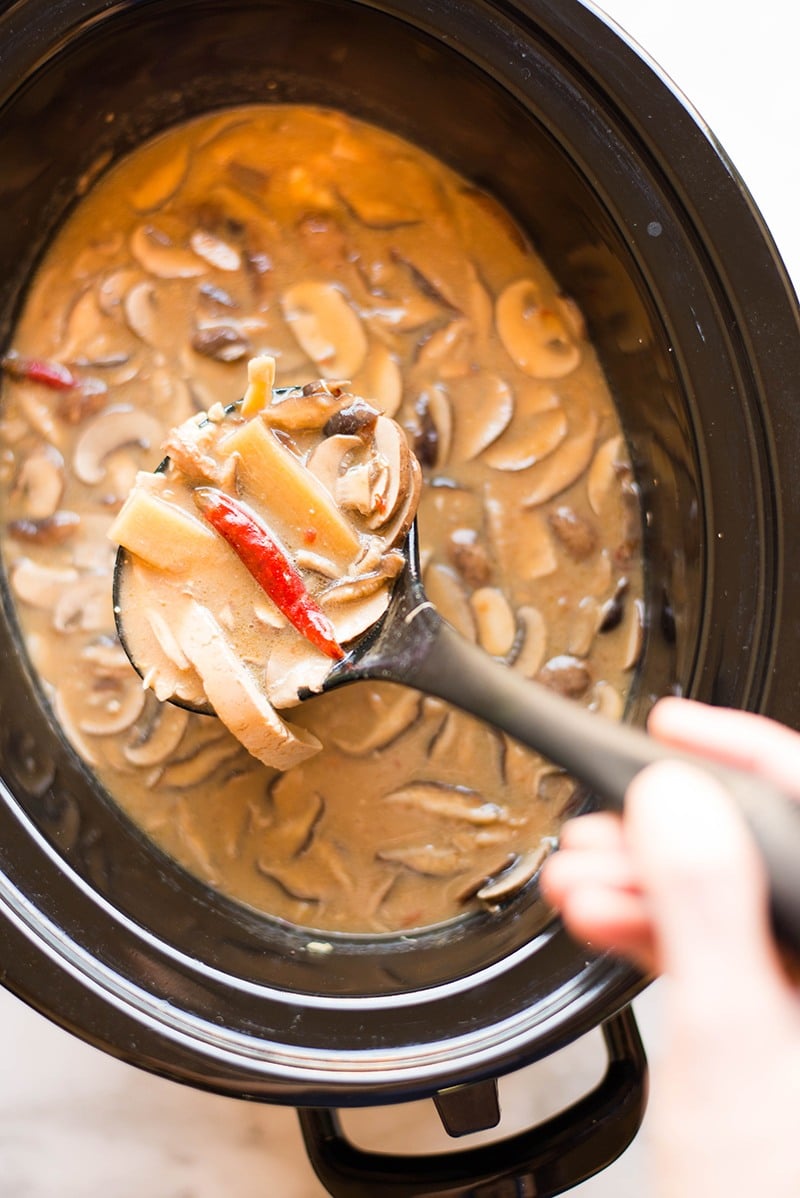 It wasn’t until recently, shockingly, that I realized I could make this yummy soup for myself at home.

I always chuckle a little to myself when I come to that realization – “WAIT, Lacey — you can make this at HOME!”  Duh!  You think I’d just know that by now, but some things feel like they can only be enjoyed at restaurants.

I’ve thought this about beef and broccoli, fried rice, general tso’s chicken, and so many others for crying out loud.

So I decided to make my own hot and sour soup, but I wanted it to be easy so I used my crock pot.  Slow cookers are just the best for soups – they make the whole process so easy and simple, plus add so much flavor to the food because of the length of time it’s gently cooking. 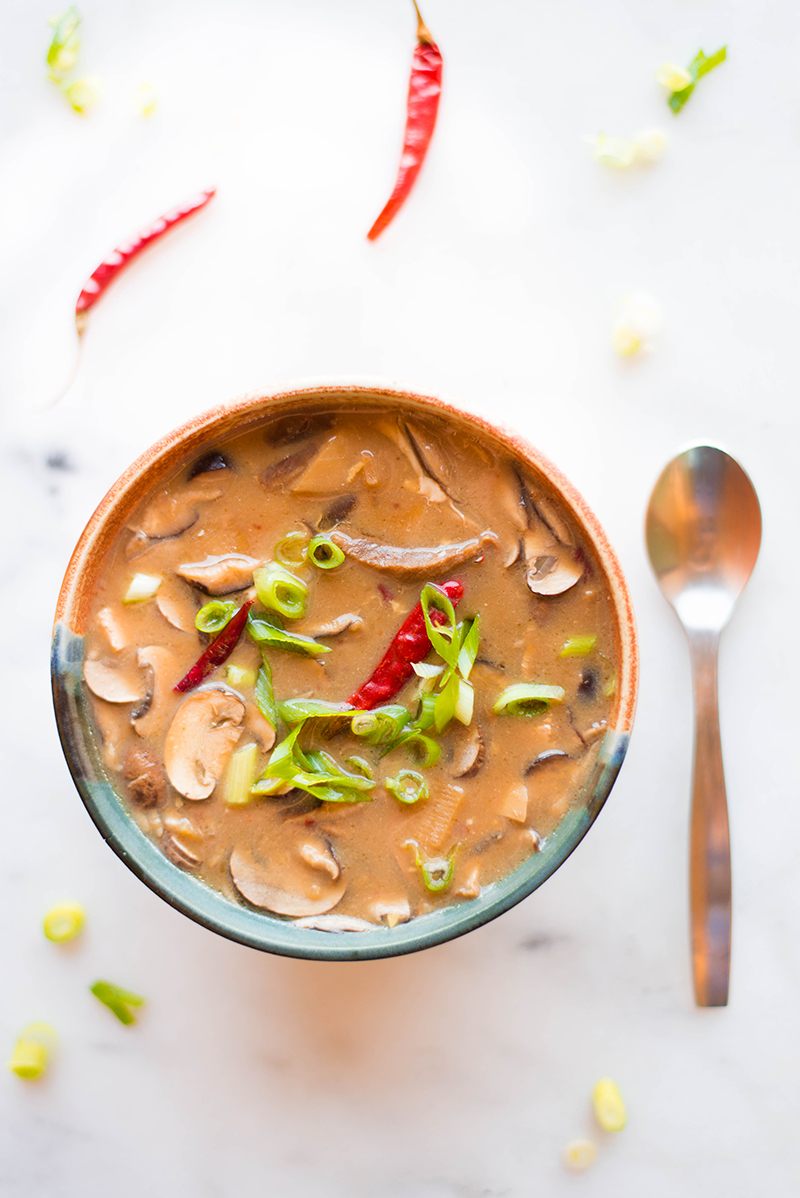 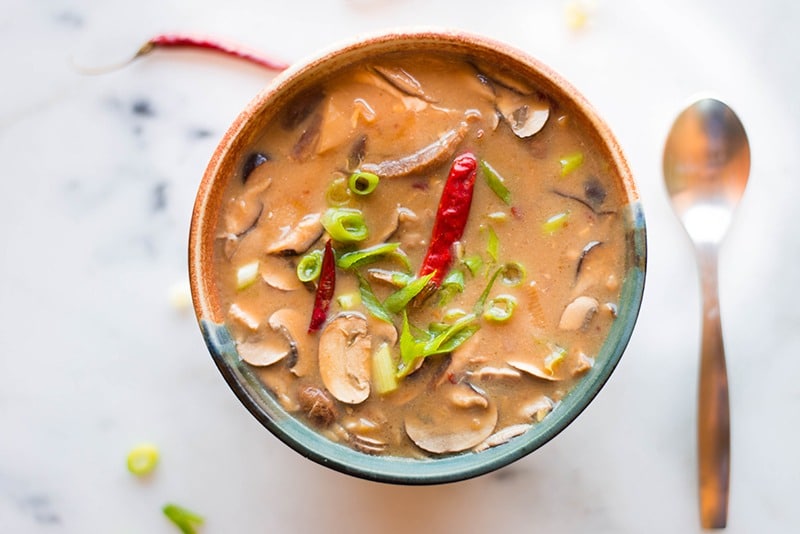 HOW TO MAKE HOT AND SOUR SOUP IN A SLOW COOKER

It was pretty cool to break down my favorite soup into its pieces which has given me a deeper appreciation for all the flavors and textures I enjoy so much.

So if you’re looking for a great new way to enjoy a take-out favorite at home, try making your own hot and sour soup using a slow cooker.  It’s shockingly easy and very satisfying – which is pretty much how I feel about most all my slow cooker recipes.

The best thing about cooking soups in a crock pot is that you can just throw in whatever ingredients your heart desires or you have on hand into the bowl and let the slow cooker do its magic! Not only is it quick and easy to make but to clean up afterward, too.

So yay for slow cookers, too 🙂 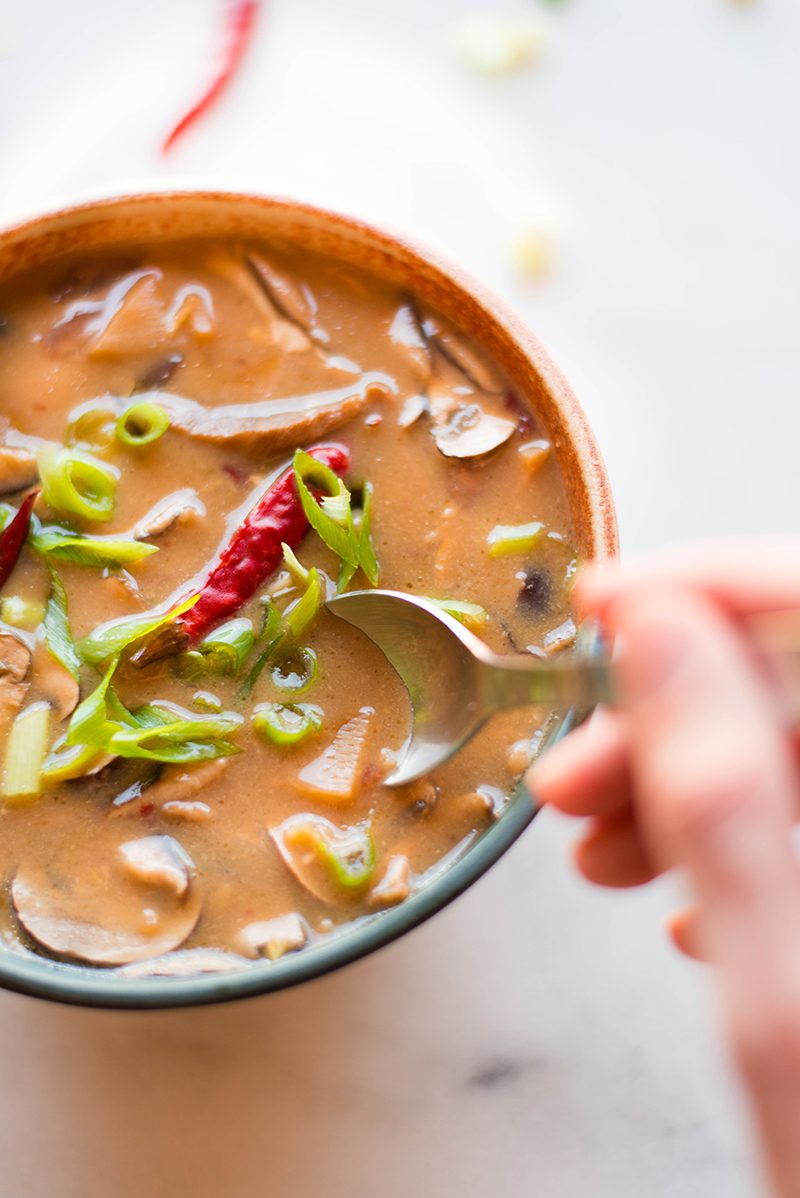 If you want to kick up the heat on this soup, just add in a little more chili sauce or reduce it if you’d rather it be more mild.  The heat can easily be adjusted at the end before serving if you’d rather keep it on the milder side for cooking.  As written, it’s relatively mild, but with a little kick – which is the way I prefer.

IS THE SLOW COOKER HOT AND SOUR SOUP HEALTHY?

With just 206 calories per serving, the hot and sour soup is not only healthy, but also a great example that you don’t have to give up the foods you love in order to make healthy changes to your eating habits. One serving of the slow cooker hot and sour soup has only 14g of carbohydrates and 17g of protein. Just make sure to always use the low sodium chicken broth and soy sauce to keep that sodium level in place.

CAN I FREEZE OR REHEAT SLOW COOKER HOT AND SOUR SOUP?

Another great thing about cooking soups using a slow cooker is that you can easily heat up the leftovers and you have a nutritious and filling dinner ready in a matter of minutes. My hot and sour soup recipe yields 6 servings total and if you’re not feeling like soup for dinner, split the leftovers and throw them in the freezer.

Follow these easy freezing tips and you’ll be set for the rest of the week! 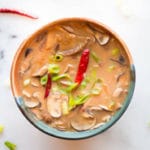 * For Gluten-Free option, use coconut aminos or liquid aminos.

This post contains affiliate links for products I use frequently and highly recommend.