In order to explain just how tasty these tuna melts are, I need to give you some background. 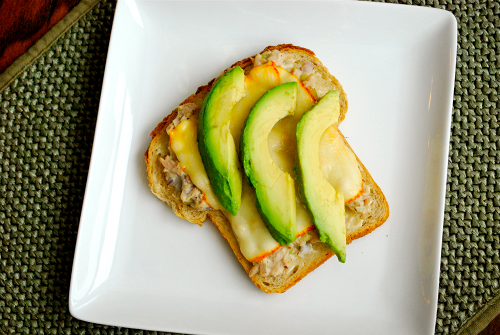 I need to explain how Dustin hates tuna.  Well, canned tuna, rather.

And, when I say, “hates,” I mean: will practically vomit if he smells it. 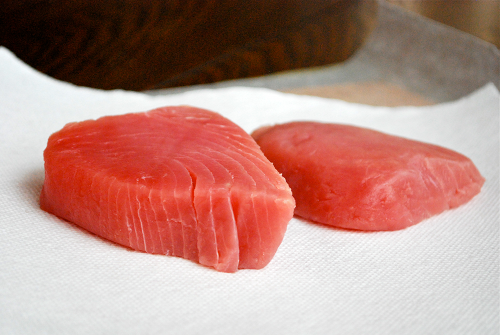 Now, I’m not a huge proponent of canned tuna, per say, but I do like me some tuna melts.  And tuna salad.  Especially when I’m pregnant, for some reason.  Weird. 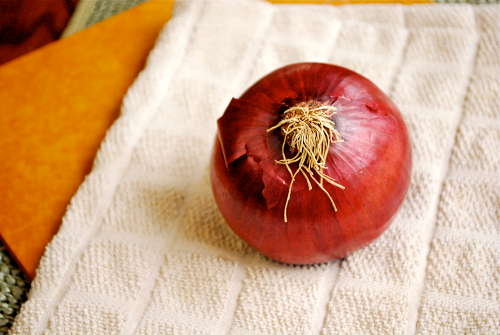 One day, while I was sharing my cravings of a good tuna melt with some tasty tuna salad and, more accurately cursing Dustin for his aversion to said food, Dustin came up with a great idea for me to make my own tuna salad with fresh tuna, rather than the canned stuff.  How had I not thought of this before?  Now, Dustin was in no way hinting that he’d eat any of it, but he thought this would be a great recipe I could share with you all. 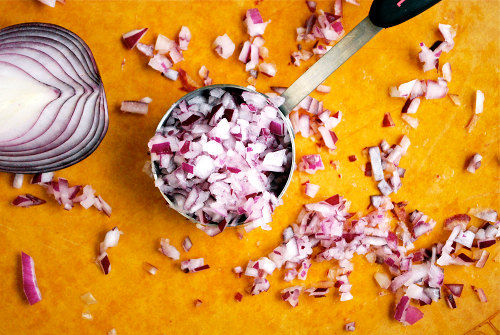 So, the next week at the Farmers Market, we bought some beautiful tuna steaks and freshly baked New York Deli Rye bread and I prepared my meal. 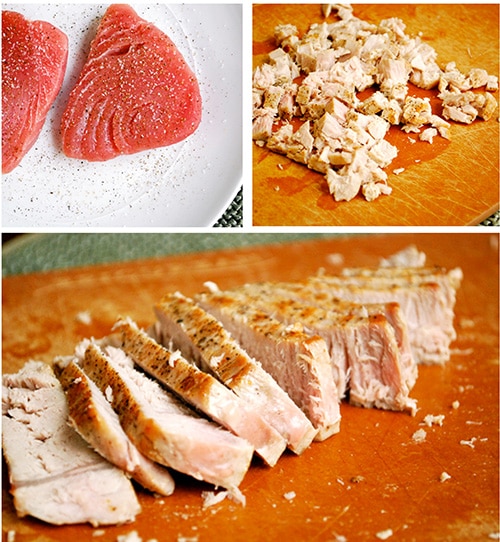 Needless to say, as I made this sandwich for myself (and you all, of course) for lunch, I also made Dustin his own non-tuna melt lunch in disappointed preparation that he would want nothing to do with my new creation.

When Dustin walked into the kitchen and looked for his lunch (a tuna steak, as opposed to tuna salad).  He then took a look at my tuna salad and said it looked “pretty tasty.”  I tentatively asked if he wanted to try it, knowing the answer already. Would you believe he said he was willing to try it?  I know!  After he took the smallest bite he could possibly try, he finished it and said, “Wow, that’s really good!”

After he had a few more bites, Dustin decided to wait for the melts to finish so he could have one with me.  Did you catch that?  Dustin — the man who vomits at the site of tuna melts, tuna salad, canned tuna and the like — waited to eat a tuna melt with me.  And I swelled with pride. 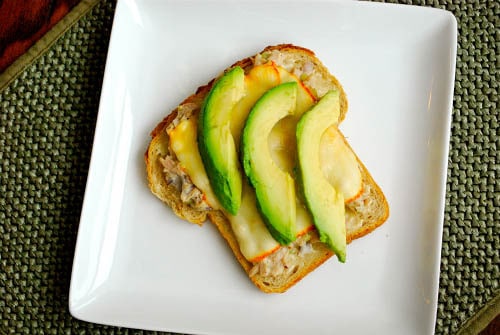 Needless to say, Dustin finished his entire sandwich.  And loved it. 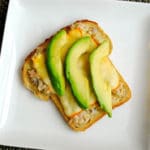