These super easy, Homemade Healthy Cinnamon Rolls are clean-eating goodness rolled with love! They are made without refined sugar, and the main ingredient in the glaze is Greek yogurt. One word: scrumptious! 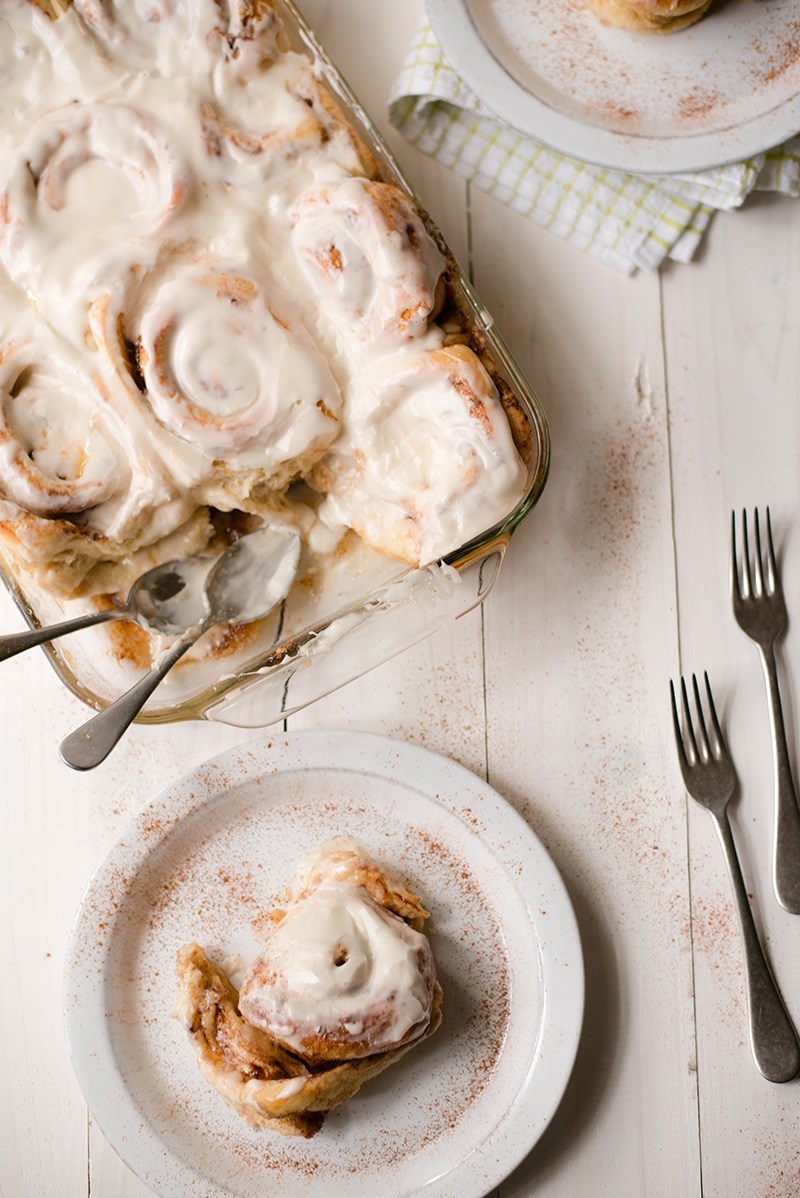 I love cinnamon rolls.  Like love LOVE them.  There’s something so special about their ooey, gooey, cinnamony, sugary centers that I just crave.

It’s like a sweet little present every time. And speaking of these cleaning-eating, wholesome treats, I still can’t believe I don’t have a cinnamon roll recipe on the blog. C’mon, we’re talking about cinnamon rolls here, right?!?

Way back when, about 4 years ago, I wanted to add a healthy cinnamon roll recipe to the blog. So, like I always do, I started researching how to make cinnamon rolls and tried out a recipe or two. And they were COMPLETE failures.  Like almost inedible. I say almost because, hey, we are talking about cinnamon rolls, here.  And, well, me. Anyway, I was so shaken about these horrible outcomes that I decided I just couldn’t make cinnamon rolls.  It was just never gonna happen.

They were my Everest and I just couldn’t do it.

From time to time after that point, Dustin would suggest I try to make cinnamon rolls and I’d shrivel up into a pathetic ball and remember the horribleness. And then politely decline.

So…fast forward to about a month ago when Dustin and I were making a list of all the recipes I should have on the blog, but don’t…recipes like fried chicken, dinner rolls, chicken noodle soup, ravioli (man, don’t get me started on my ravioli failures!), apple pie, and so on. And then healthy cinnamon rolls came up.  Sigh.

Plus, they are a great Christmas morning treat to have on hand which goes perfectly in line with the Christmas theme we are doing on the blog this month.  Double sigh. It was time I put together a cinnamon roll recipe that tasted fantastic but could tick all the boxes for a clean-eating recipe.  It was just time. So, I went back to the drawing board.  I tried a few different things, made some adjustments, tried some more things, and then came up with this recipe.

And I nailed it! FINALLY!  Whew.  Who wants an easy, yet healthy cinnamon roll recipe?  ‘Cuz I finally have one to share with you. Woohoo!

It’s funny, really, because they aren’t even difficult to make.  In fact, they’re pretty much no-fail. Triple sigh. Needless to say, we are super happy.  The girls are ecstatic they can have homemade cinnamon rolls. I am relieved and happy I was finally able to overcome my ridiculous issue with cinnamon rolls.  Dustin is happy we have this recipe on the blog and can check it off the list.

All sorts of goodness. 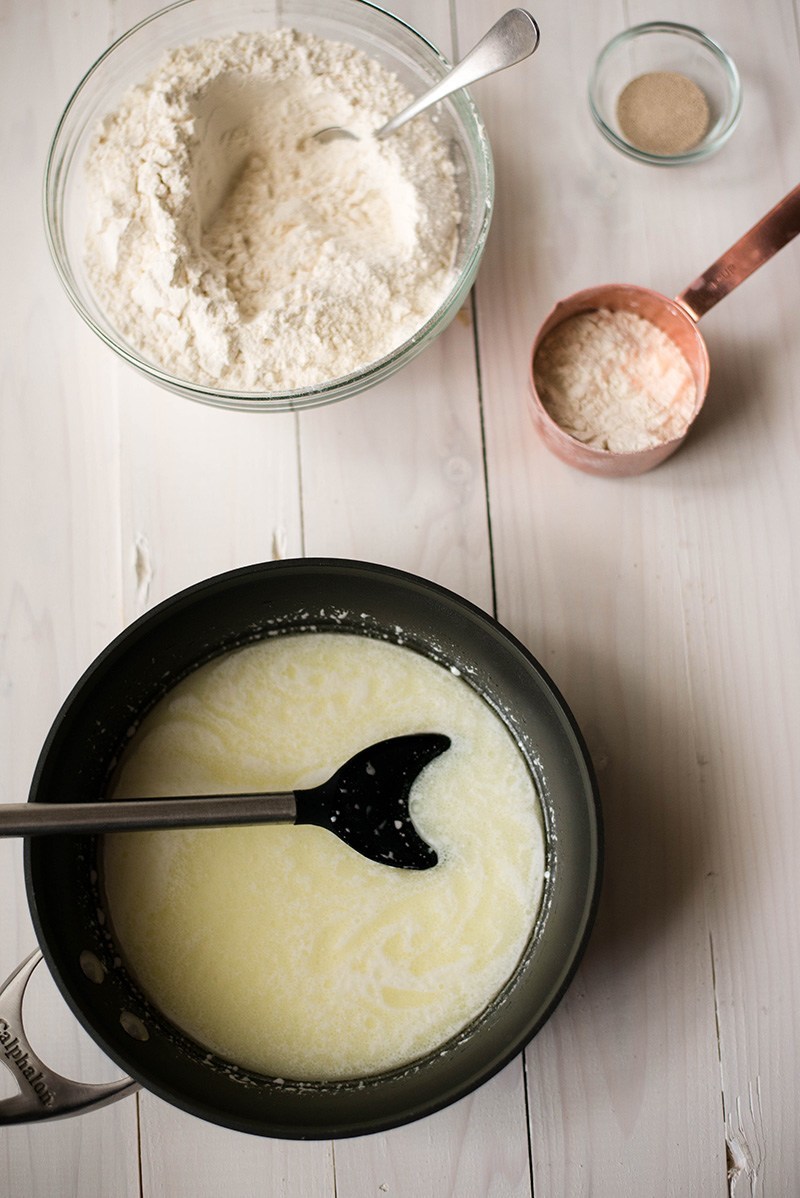 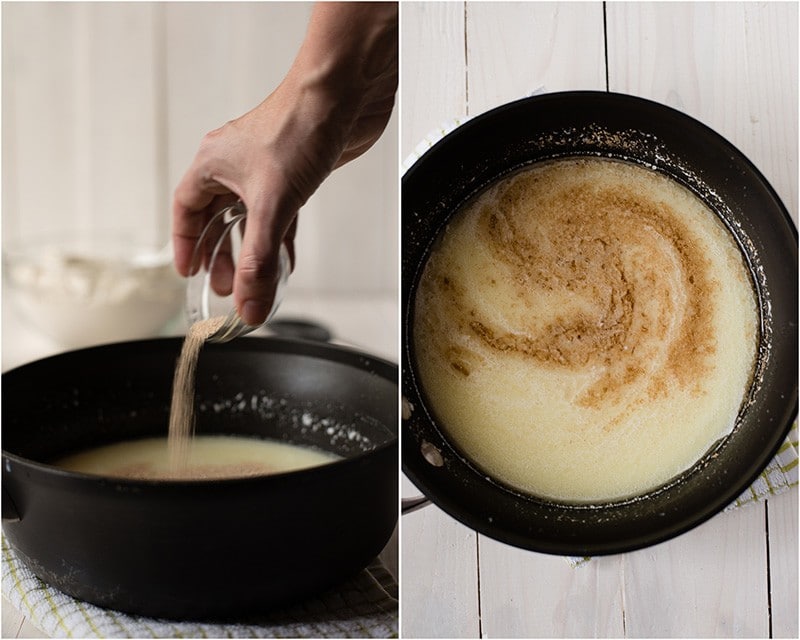 HOW CAN I MAKE HOMEMADE HEALTHY CINNAMON ROLLS NON-DAIRY?

It’s a breeze to make these healthy cinnamon rolls a non-dairy treat. Simply replace the Greek yogurt used for the glaze with a plant-based yogurt. The recipe will still be sweet and delicious, but allows those with lactose intolerance to enjoy them, too! 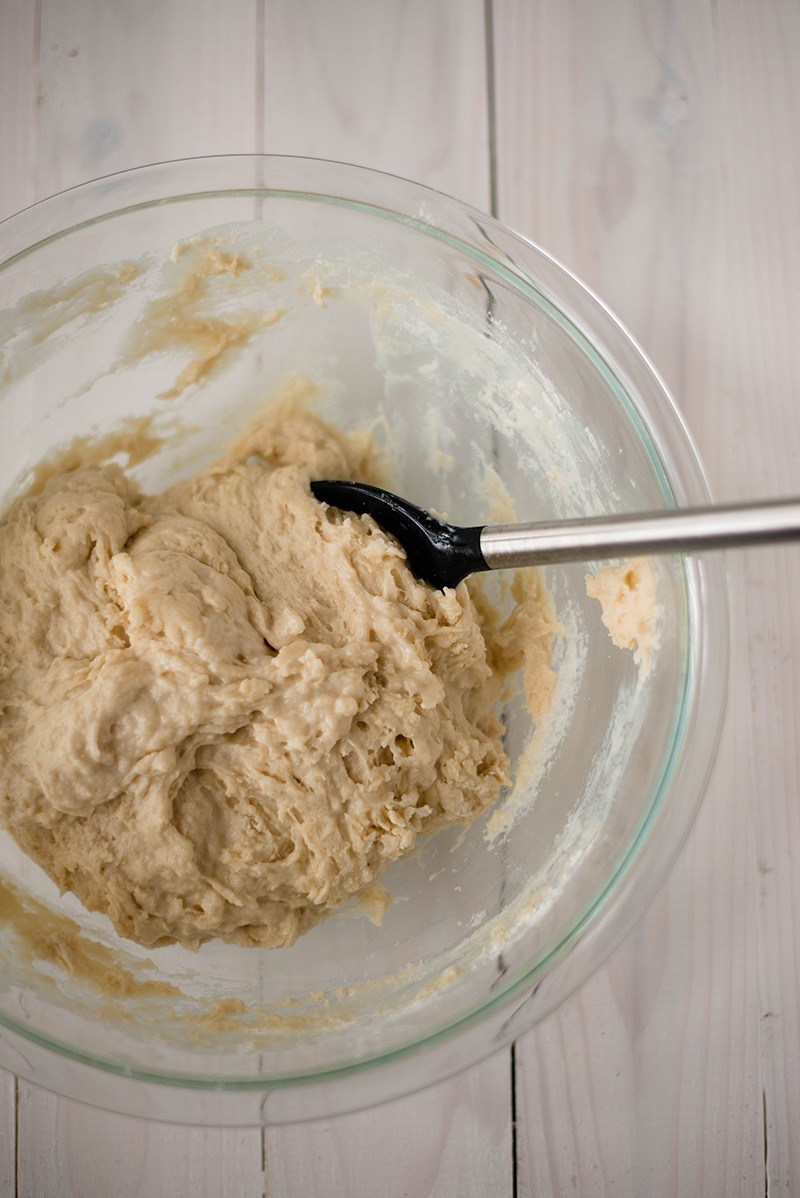 HOW CAN I MAKE HOMEMADE HEALTHY CINNAMON ROLLS GLUTEN-FREE?

To make your Homemade Healthy Cinnamon Rolls gluten-free, switch the whole wheat flour for almond flour. The ratio is 1:1. Although, for binding, you may need an extra egg. Other good unrefined choices are cassava flour with a 1:1 ratio and chickpea flour. For this alternative, replace one cup of wheat flour with ¾ cup of chickpea flour. 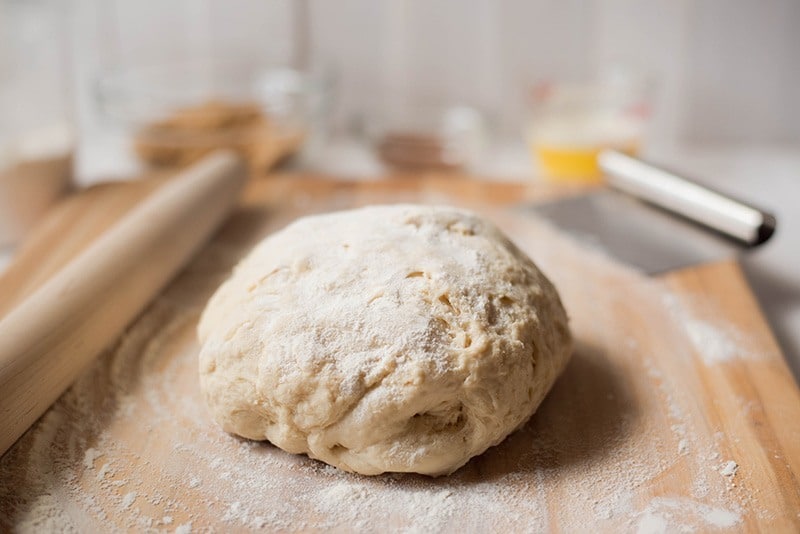 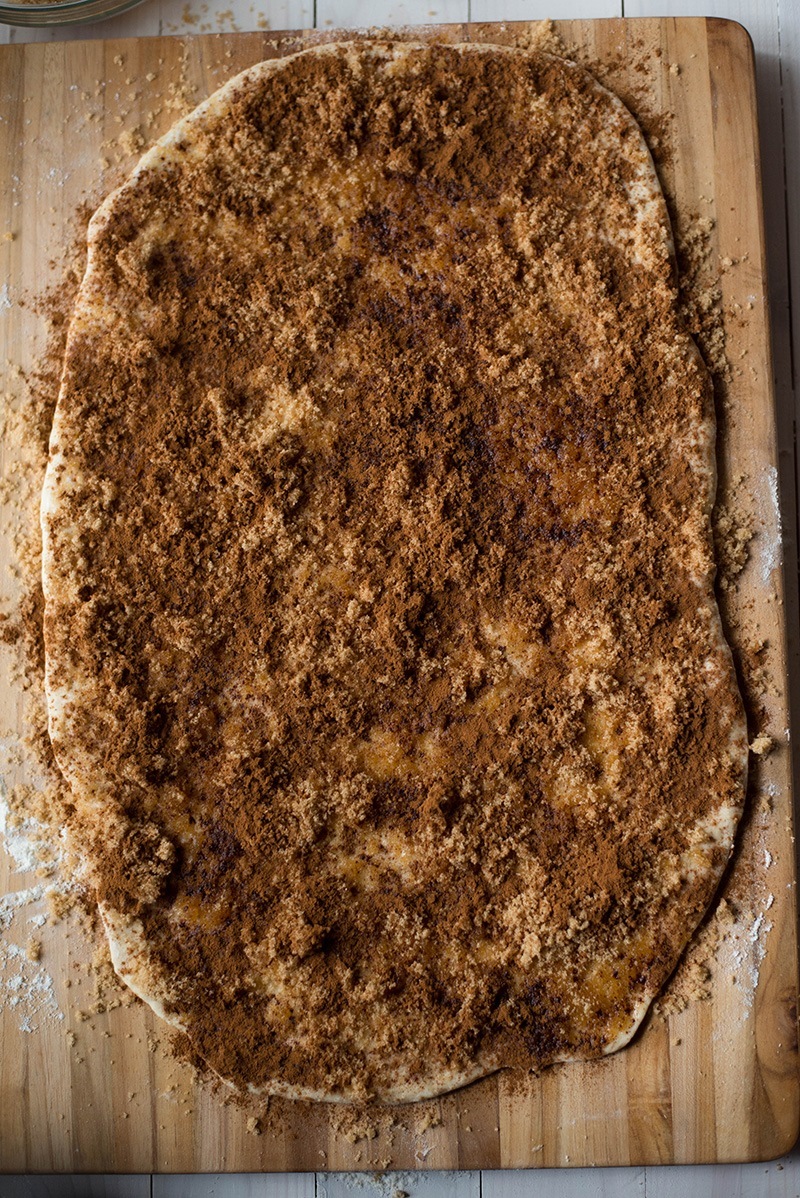 You have to include sugar in this recipe to make it come out right as it bakes and to give the cinnamon rolls a delectable taste! But, my recipe replaces brown and granulated sugars with coconut sugar for the roll, and maple syrup adds the perfect amount of sweetness to the glaze.

Coconut sugar is not chemically altered in any way, which puts it at the top of the list for healthy sugars. It contains calcium, potassium, and antioxidants. This boiled and dehydrated sap of the coconut palm is much lower in glucose and fructose than white sugar, for example. Be wise when you shop, though. Sometimes coconut sugar is mixed with cane sugar; be sure to buy coconut sugar alone. 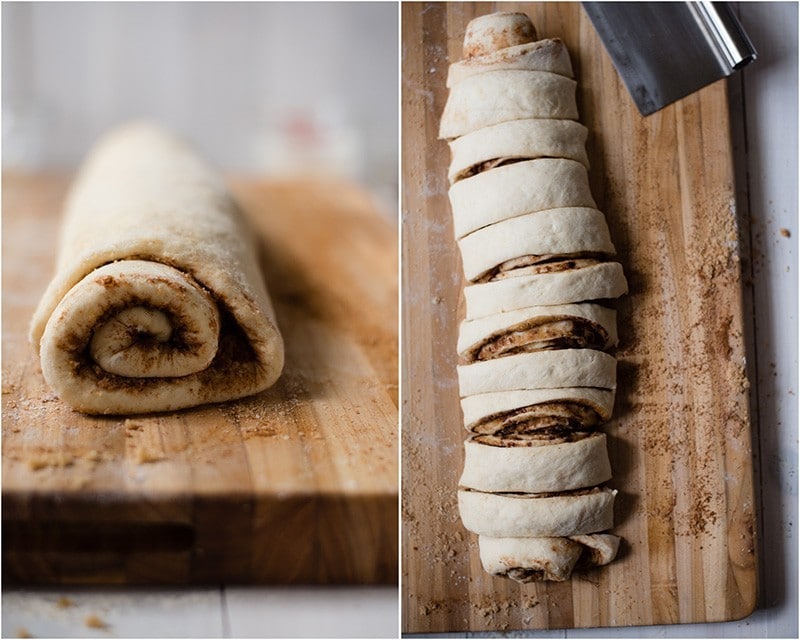 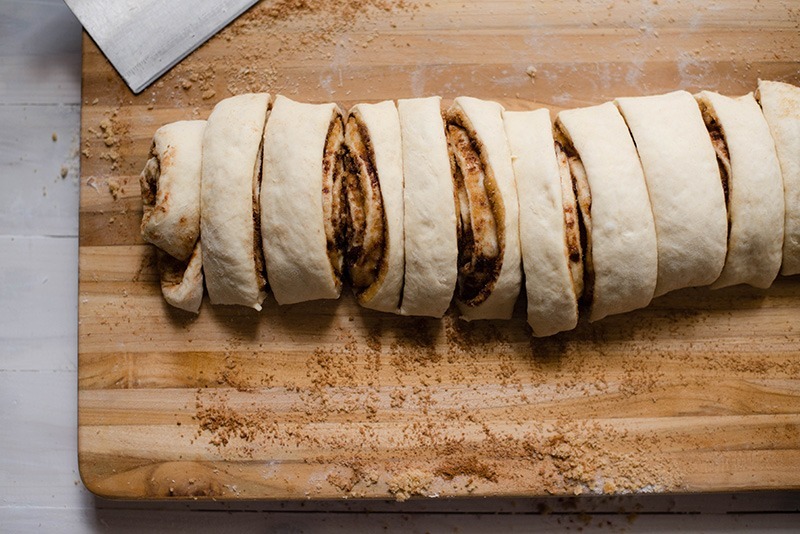 HOW DO I MAKE SURE THE HOMEMADE HEALTHY CINNAMON ROLLS RISE?

Careful application of the yeast will ensure fluffy and deliciously plump cinnamon rolls every time. When adding the yeast to the milk mixture, the warm milk must be just that – warm. If it’s too hot, the yeast will not work its magic, so make sure the liquid is the right temperature. 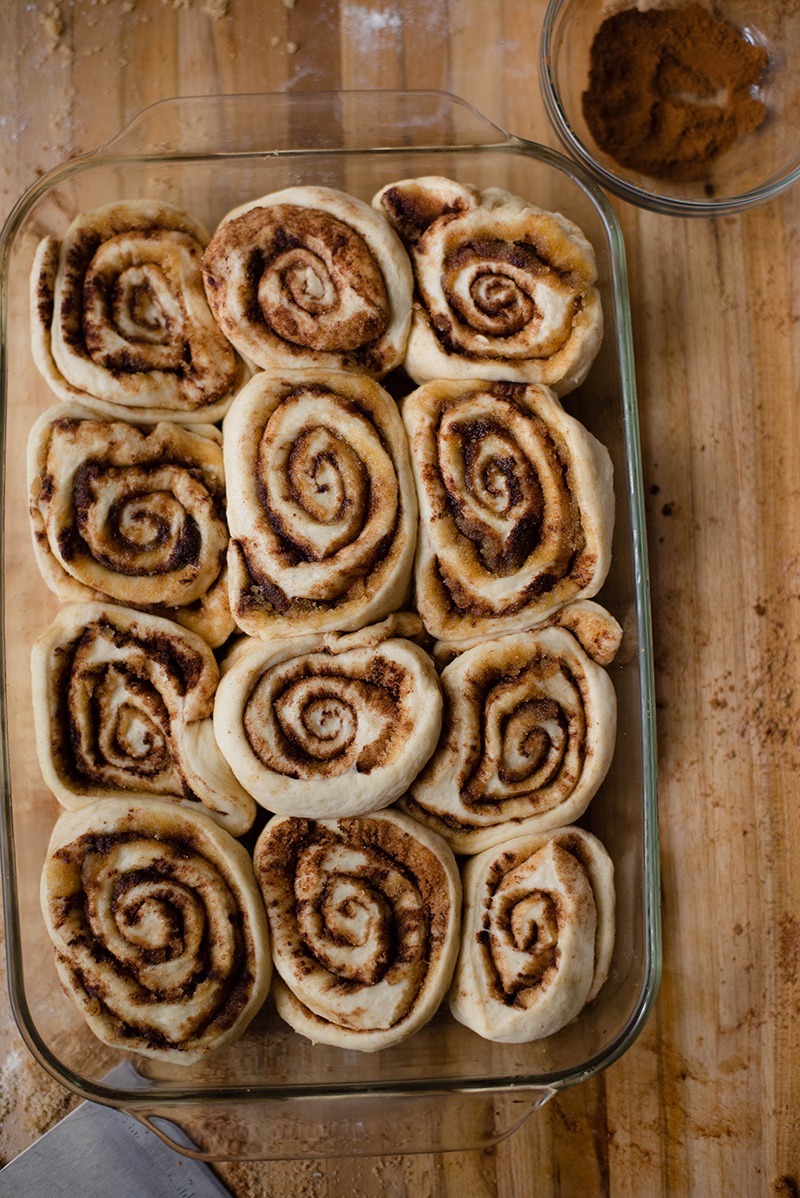 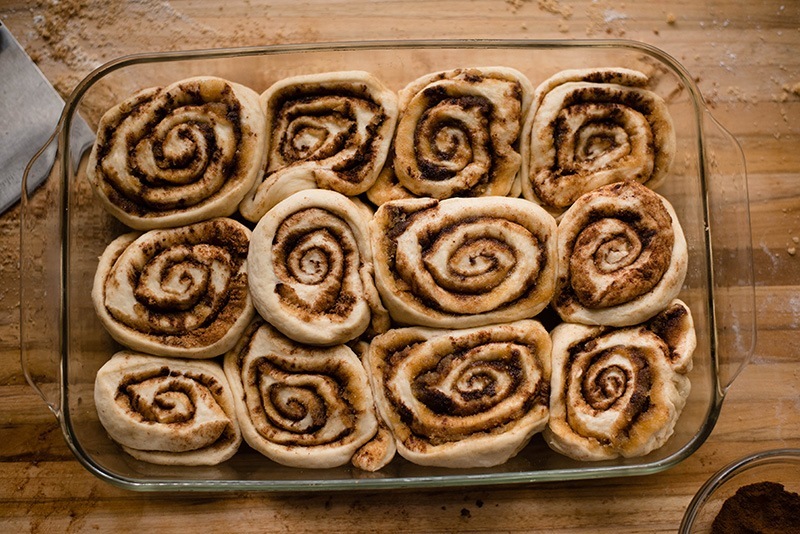 CAN I MAKE HOMEMADE HEALTHY CINNAMON ROLLS AHEAD OF TIME?

These delightful cinnamon rolls can be made ahead and will retain their deliciousness when stored properly. If you are keeping them in the refrigerator, they’ll last up to a week. Nourishing and crave-worthy, the cinnamon rolls will stay fresh for 2-3 days if you want to keep them on the counter. In either case, cover them well so that they stay soft! 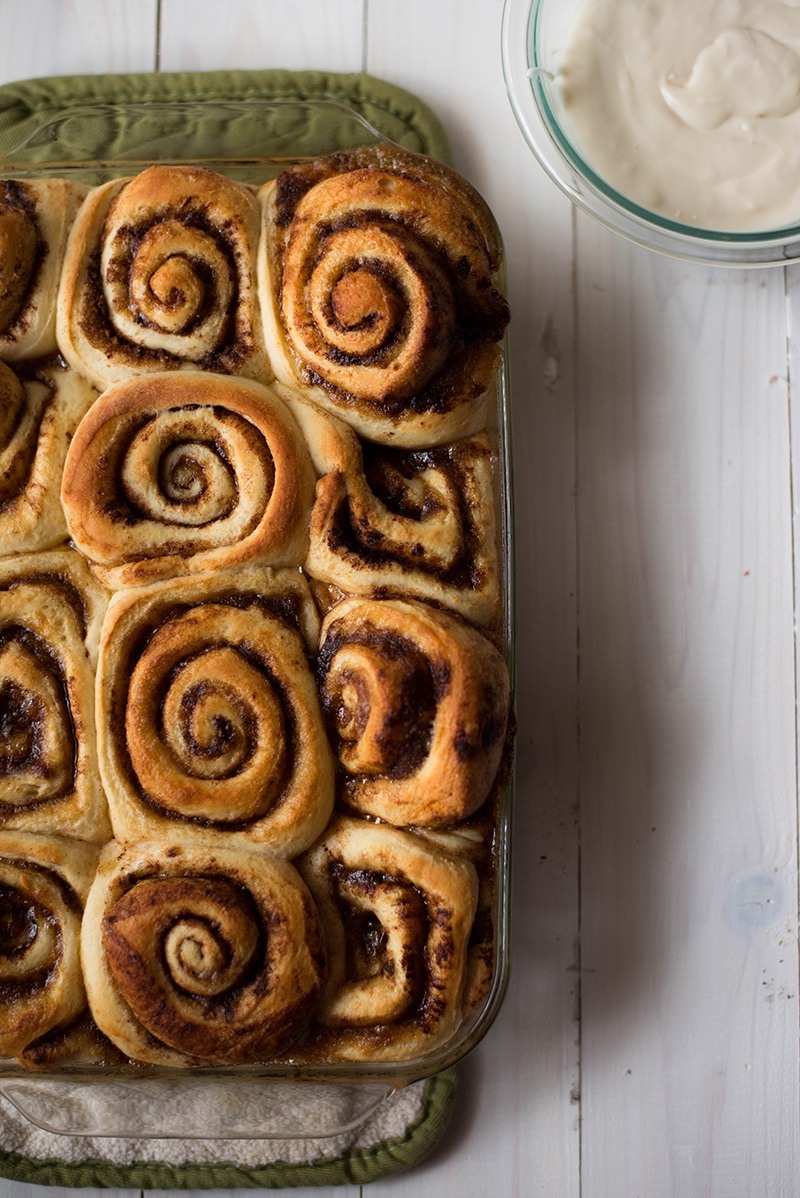 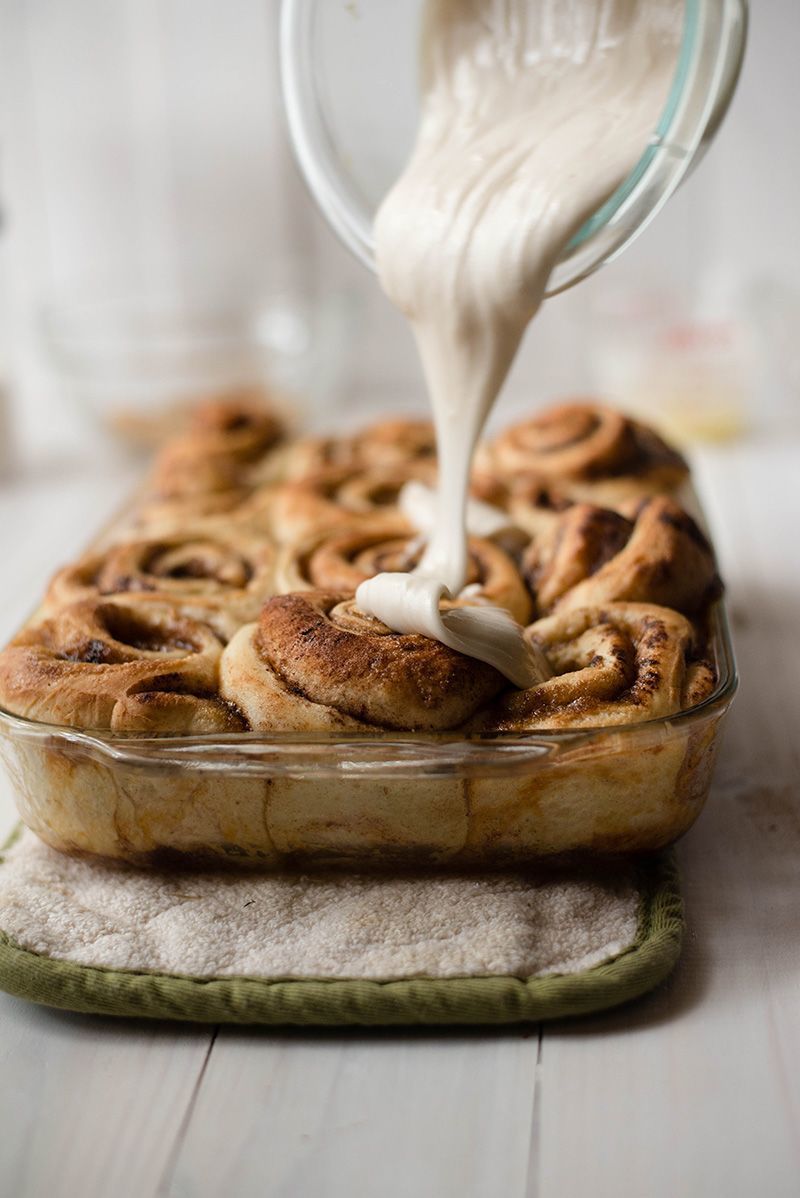 HOW DO I REHEAT HOMEMADE HEALTHY CINNAMON ROLLS?

These healthy cinnamon rolls are easily reheated in either of the two following ways: 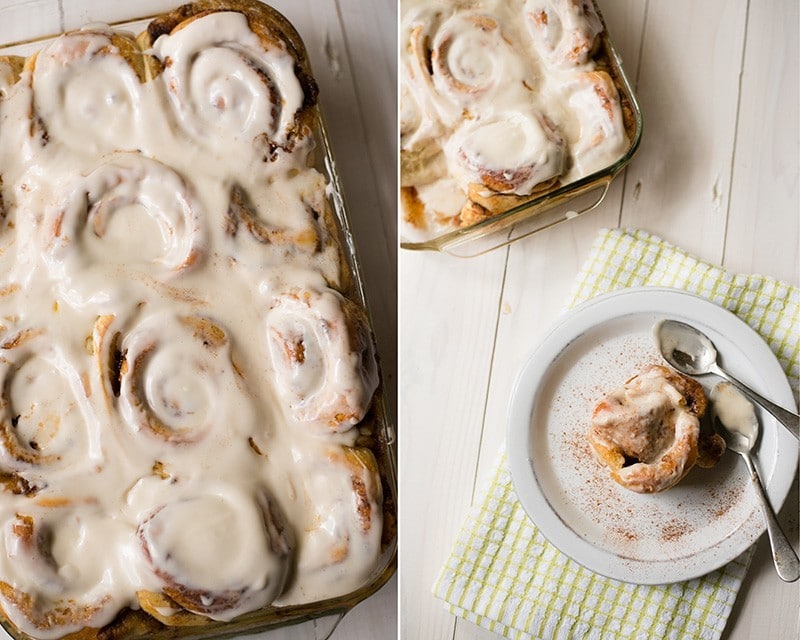 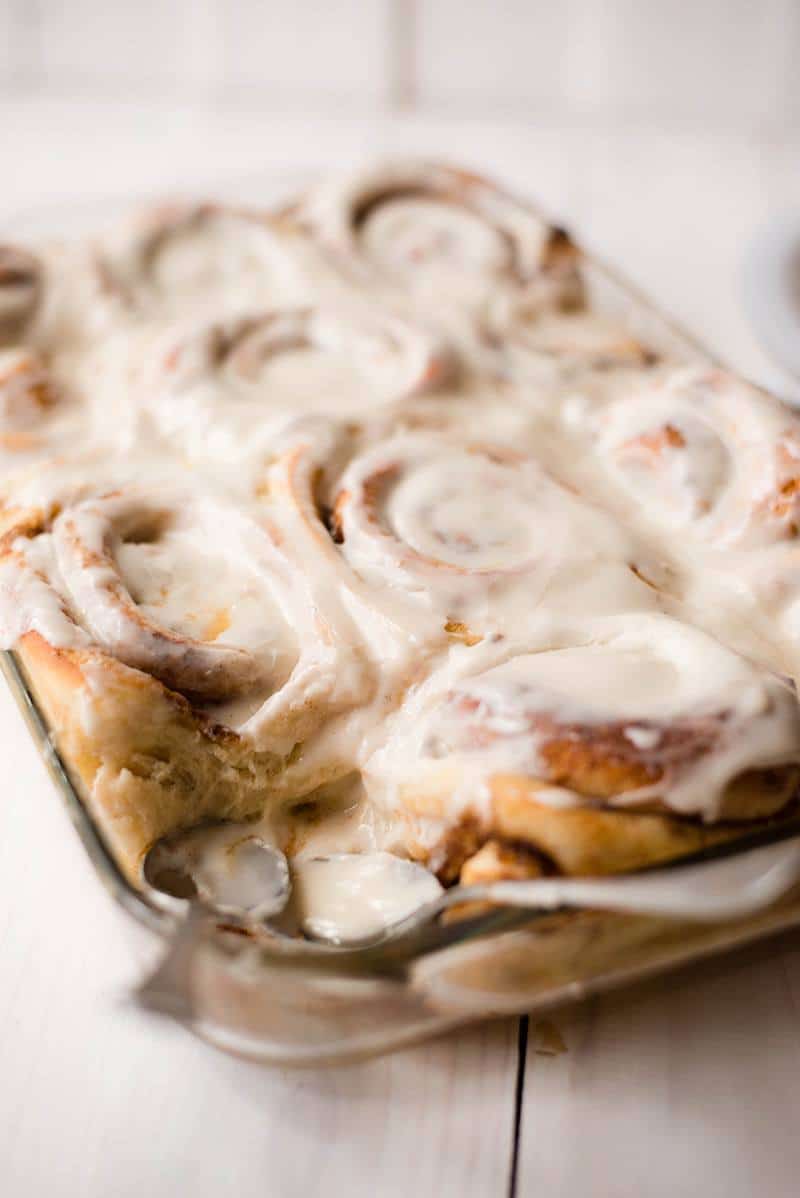 These soft and gooey cinnamon rolls are already clean-eating. If you are looking for replacements for ingredients specific to your diet or eating regimen, here is how to do that:

A healthy dessert is the best way to finish off a tasty, pleasurable meal! Bake these for your next after dinner, clean-eating treat: 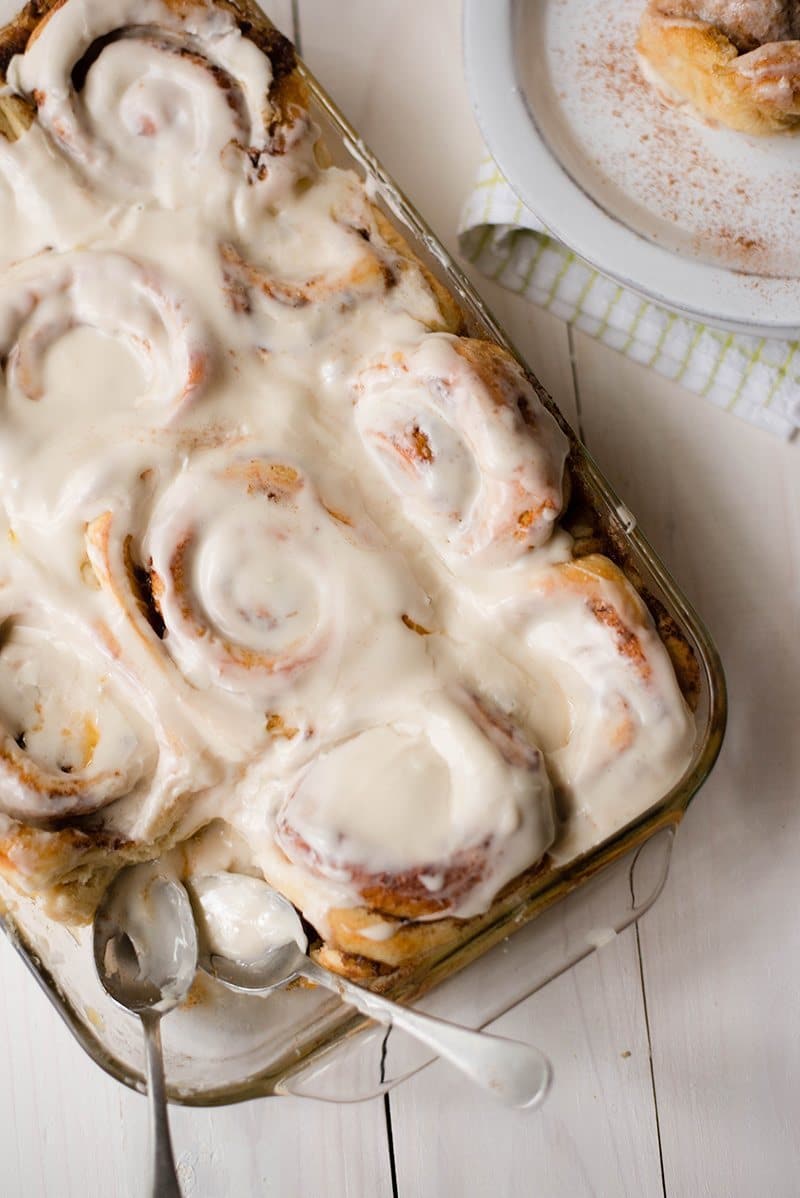 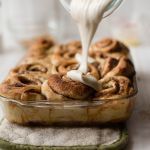 With all the diet trends floating around the internet it can be hard to figure out the best way to eat. One thing to keep in mind when changing eating habits is that you should never eliminate...

Menopause is an individual process of life that carries many discomforts and bodily changes. Fortunately, there are natural remedies you can use to help ease discomfort and age...