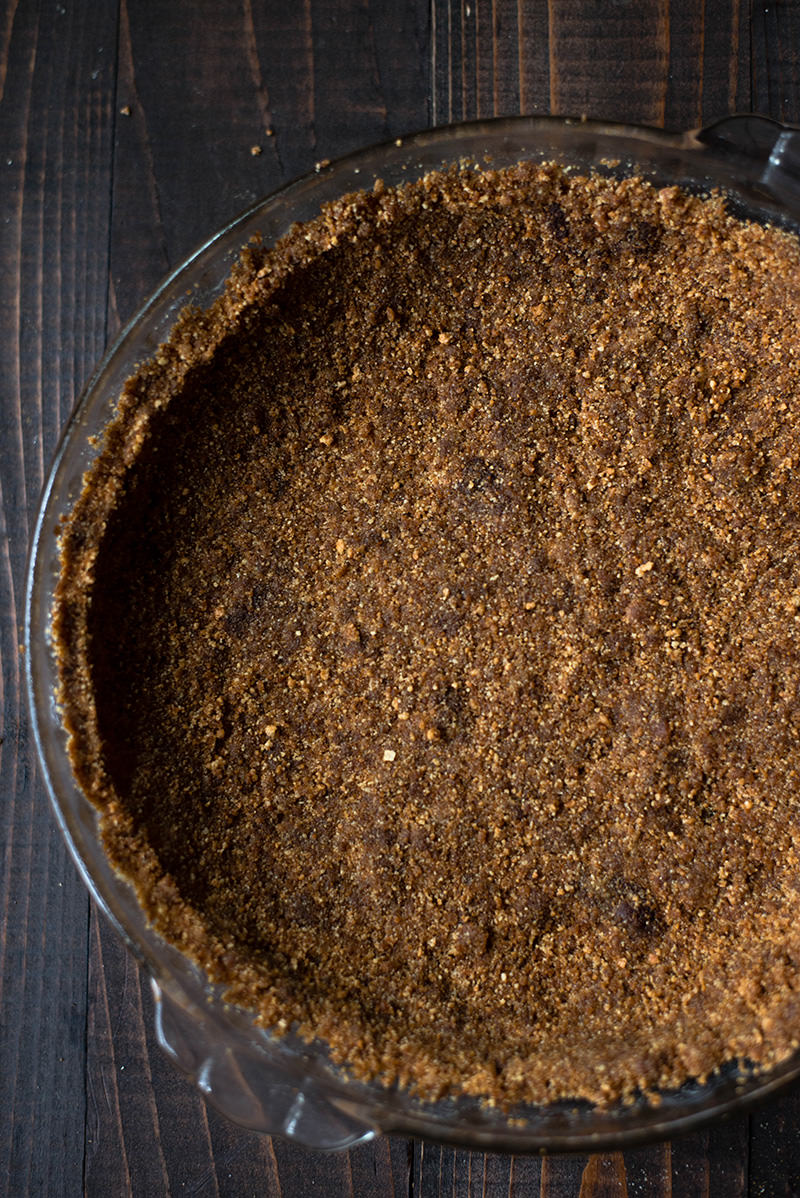 You may have noticed I have been sharing some old recipes on the blog with new photos and videos.  This is something Dustin and I are super excited about because it means we get to fix some old stuff we were no longer happy with.  Woohoo! 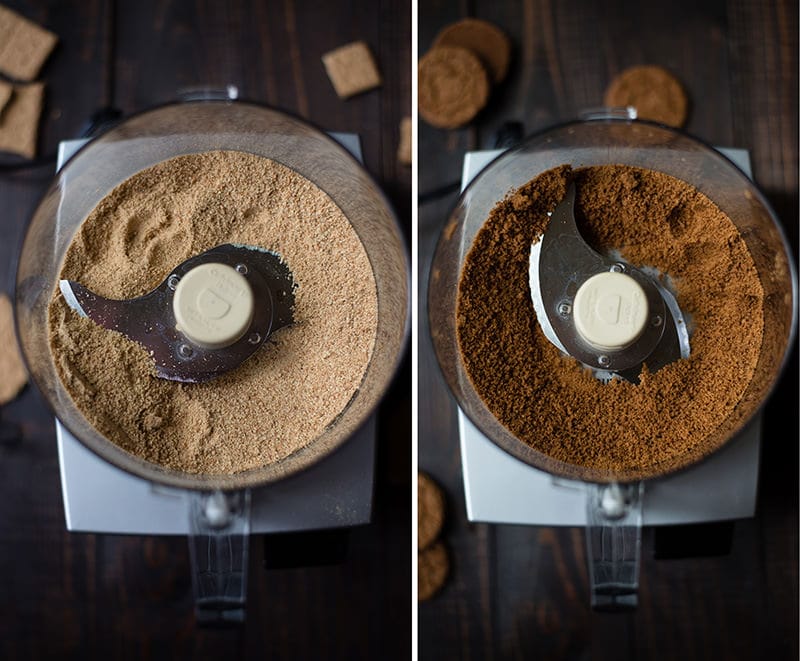 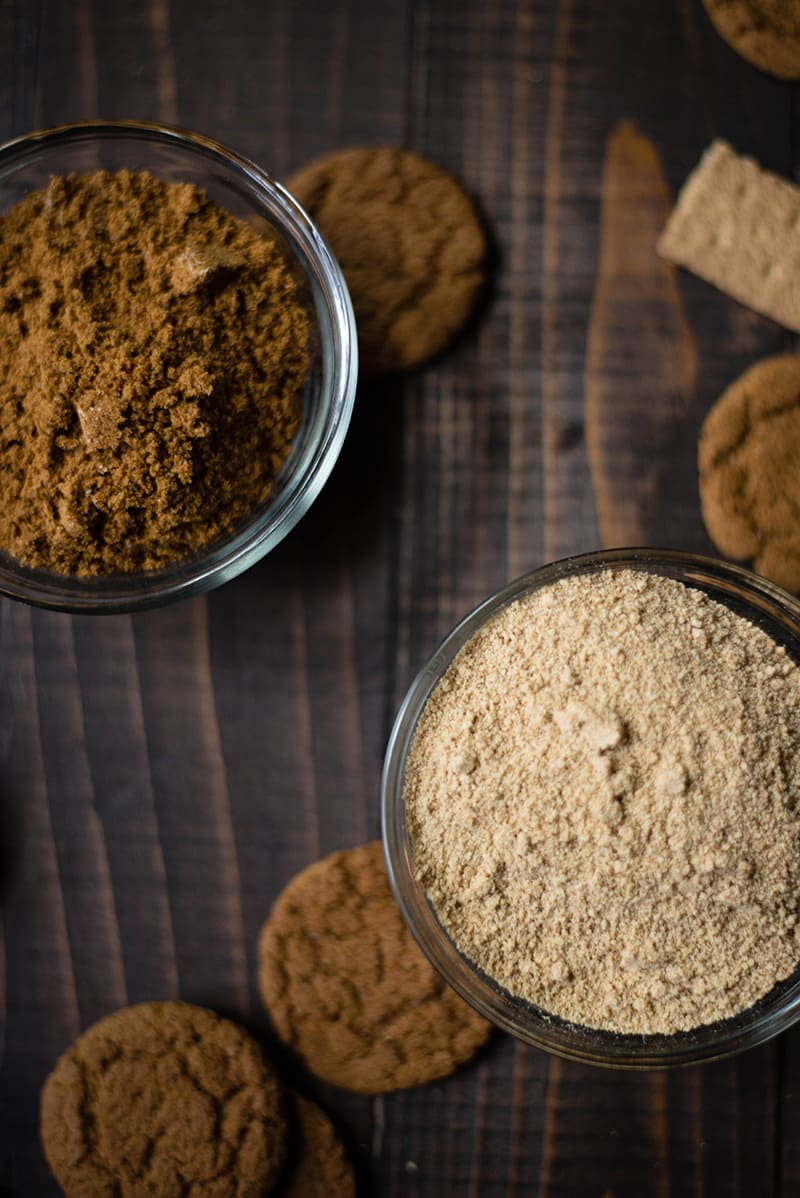 We’ve always liked the recipes, but for some posts, we really didn’t like the photos, especially now that they’re 4 or 5 years old.  For the longest time, we were afraid to update any of the old posts because we thought that might affect how google drove traffic to the site or the world would end or .. something.  Seems sort of silly, now.

But, for whatever reason, we never went back and improved what we had done.  Instead, we chose to focus on new content and making that the best we could make. 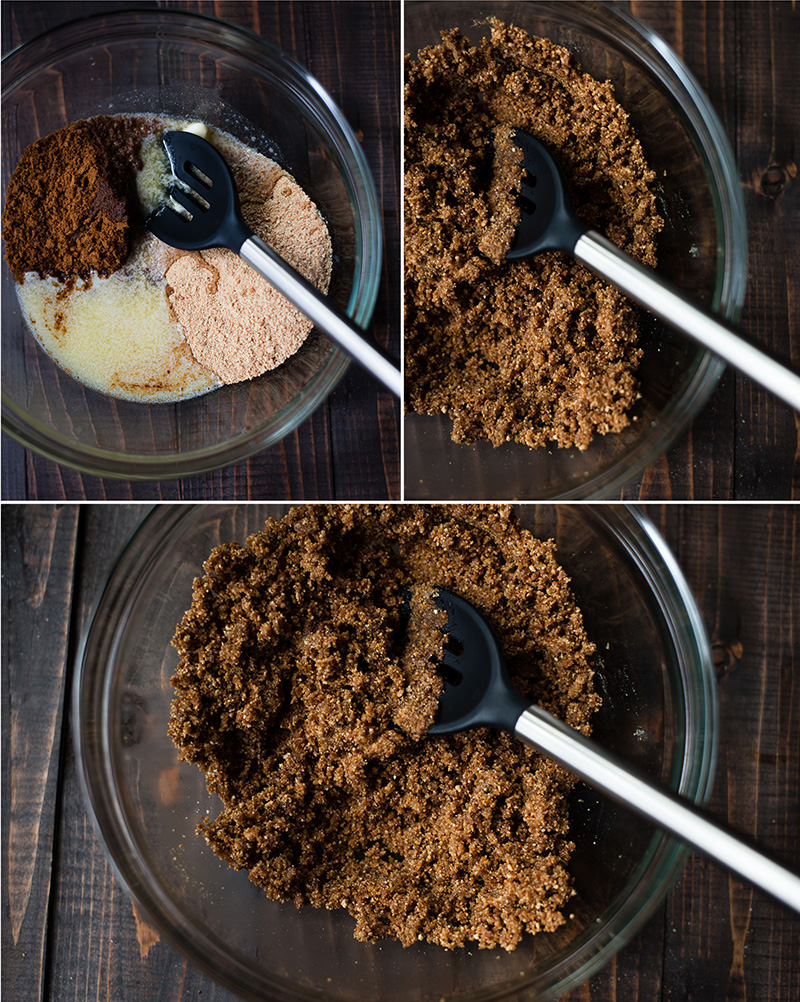 Then, the lightbulb went off when we started making recipe videos on the YouTube channel of our older, favorite recipes (like Hearty Beef Stew, Roast Beef, and Eggnog Latte, for example). We realized we should also renovate the posts now that my photography skills had improved from when I first started blogging. 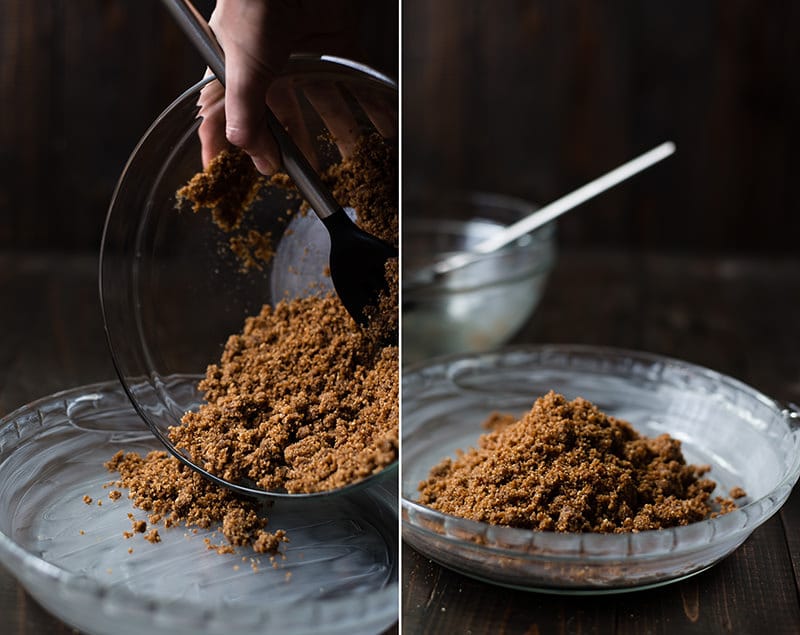 So, that’s where this recipe comes into play.   My Pumpkin Cheesecake with Gingersnap Crust was one of the photos I disliked the most on the site.  And, for years, I just left it.  For people to see.  Even though I hated it.  Eek.

But no longer, sir. Nope.  Here’s part 1 of my renovation of this recipe.  I’m going to post my remake of the pumpkin cheesecake next, so no more ugly pictures.  They’re gonna be prettified very soon.  I’m so excited! 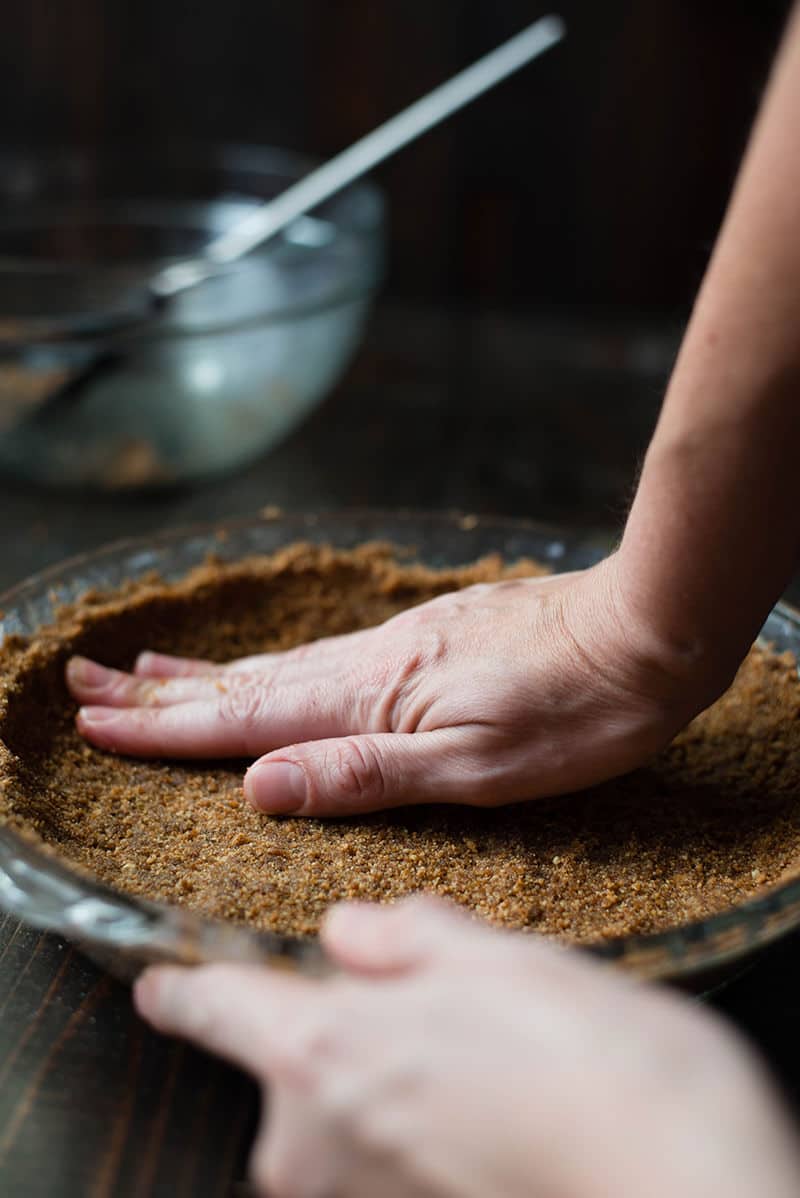 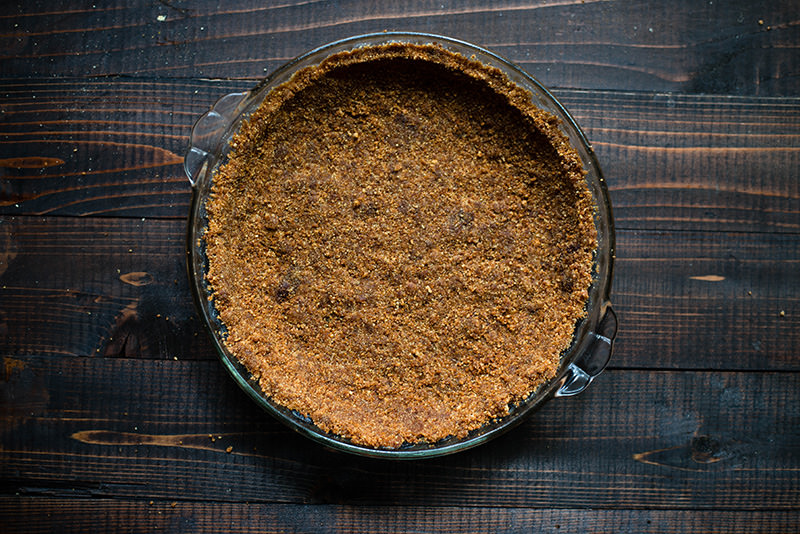 Alright, now that I have that’s out of the way, let’s talk about this gingersnap pie crust.  It’s so darn amazingly perfect for a pumpkin cheesecake.  And for other pies as well.

Plus, it’s super easy to make.  It’s even easier than my all-butter flour pie crust because you don’t even need to roll out dough or keep it cold. 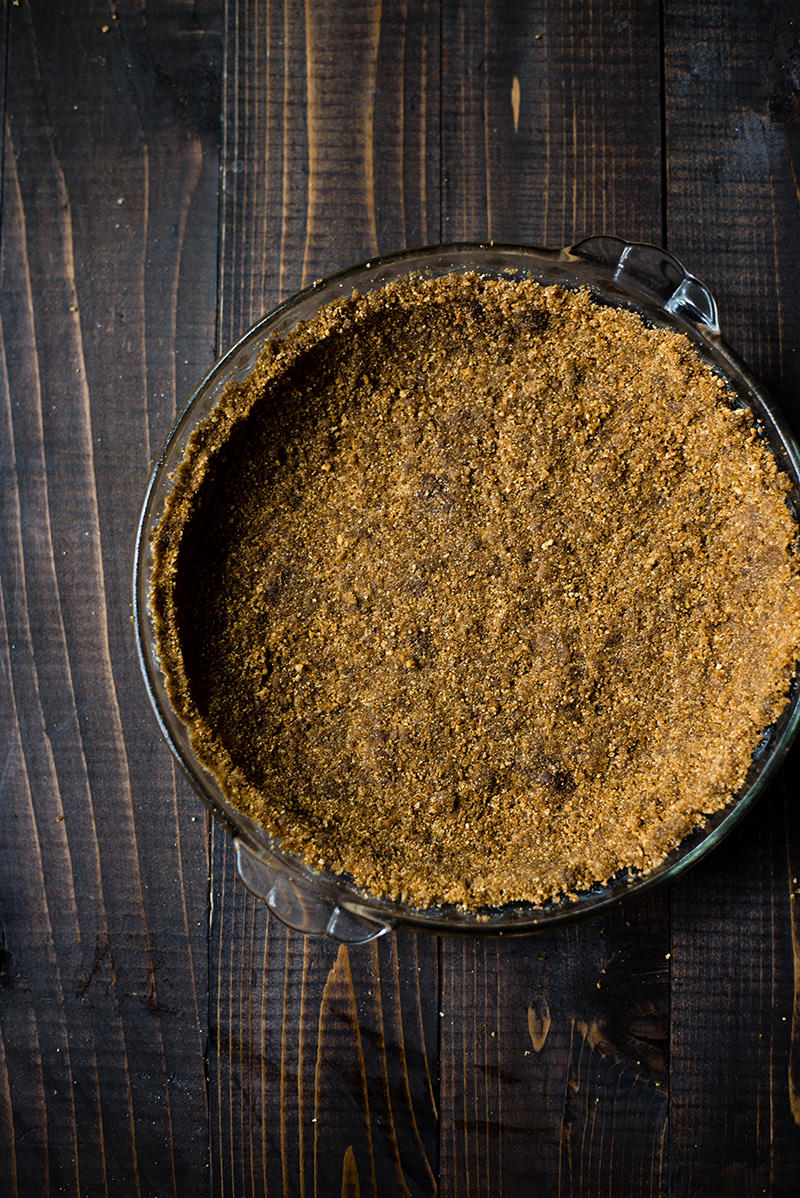 Instead, you add the gingersnap and graham cracker crumbs to some melted butter and then press it straight into a pie dish.  Bake it and it’s ready.  So easy and so, so very good. 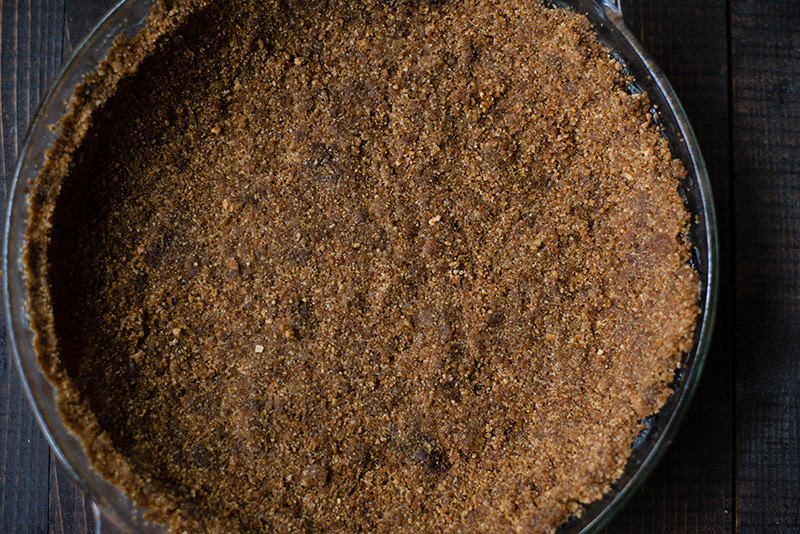 I hope you are enjoying the updated posts as much as I am enjoying updating them. 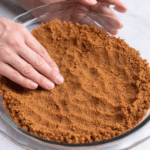 Learn how to make this 5-ingredient, flavorful, and boldy spiced Gingersnap pie crust!

Looking to add a 5-star finish to your usual steak? This post is for you! Keep reading to learn how to cook this rich and decadent, Creamy Balsamic Mushroom Sauce. Along with how to grill a perfect...

Do you choose your clothes based on how much of your arm shows? This post will tell you how to get rid of arm fat, and in the process, do a LOT of good for your body!