This easy Slow Cooker Cashew Chicken is quick to prep, better than takeout, and way healthier for you, too!  Perfect for easy weeknight dinner and kid approved! 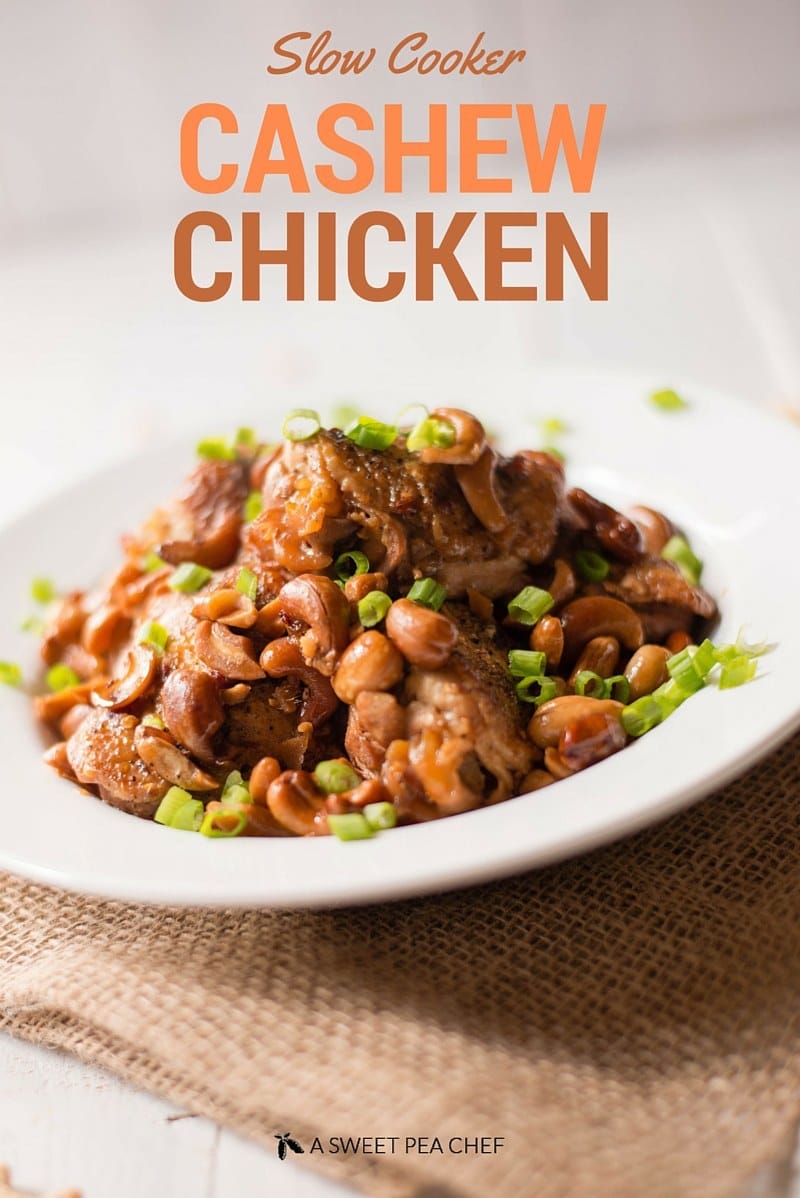 Now that the weather is colder and slow cookers are being dusted off, several of the No-Fail Meals members have requested to have more slow cooker recipes included in the meal plans.

Because meal plans + slow cookers = one easy peasy and delicious week of food!

So, I went to work testing out tons of slow cooker recipes.  Heck, I even bought an extra slow cooker to test twice as much.

And, yes, that also means double the tasty food which is a nice reward for all my hard work.  It’s so hard 😉

Well, it just so happened on day I was craving some Chinese food.  AND I needed to test an easy slow cooker recipe. 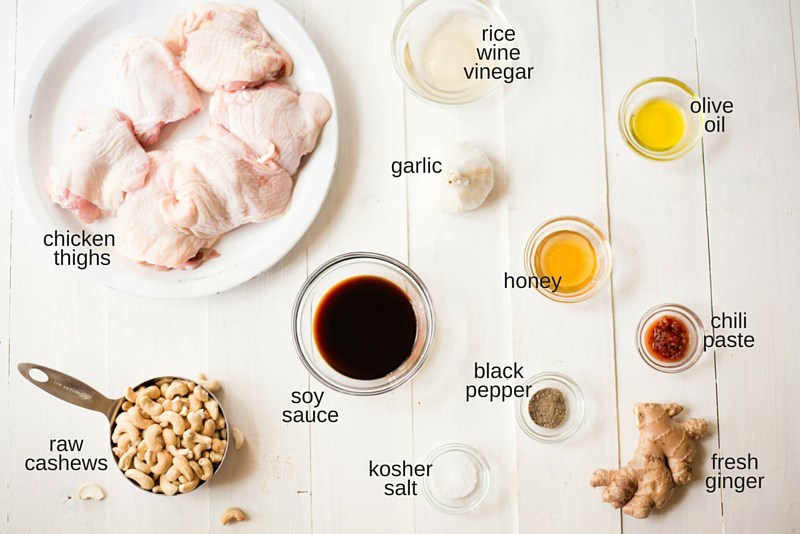 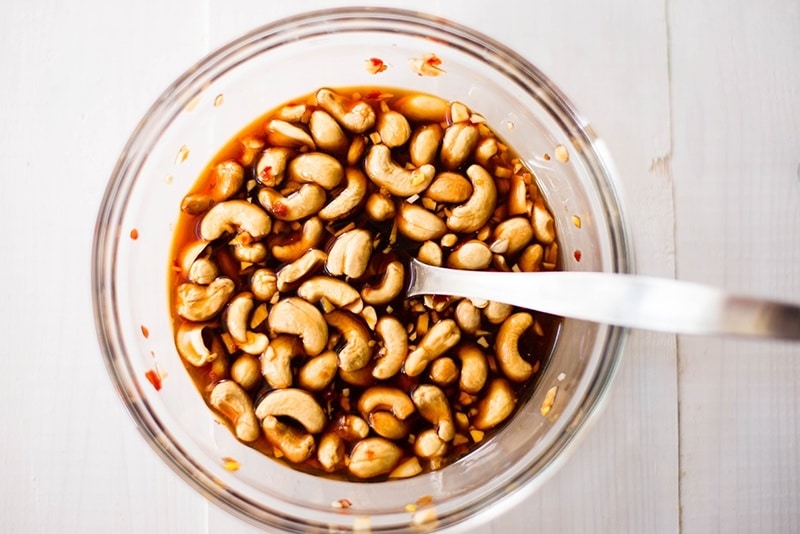 And that is how this slow cooker cashew chicken came to be.

Another truth (and a random side note): I find it funny that my spellchecker has learned the word “amazeballs.” Do I say that a lot?  Hmmm.

Since testing this recipe and sharing it on No-Fail Meals, I get requests for it all the time.

It’s one of those amazingly simple recipes that get you all excited about when they’re in the slow cooker because you know the delicious smell it’s giving off isn’t even a tenth of how delicious your meal will be in just a few short hours.

Apparently I use that word a lot?  Jury’s still out. 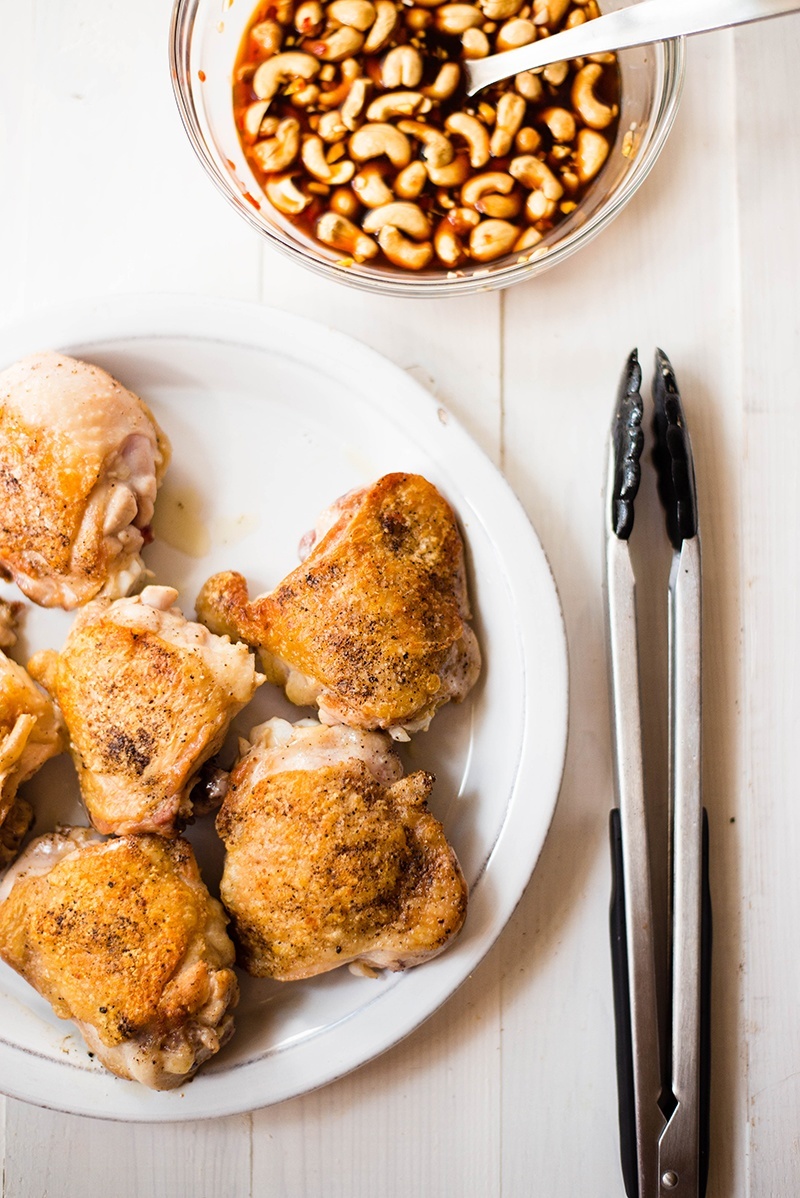 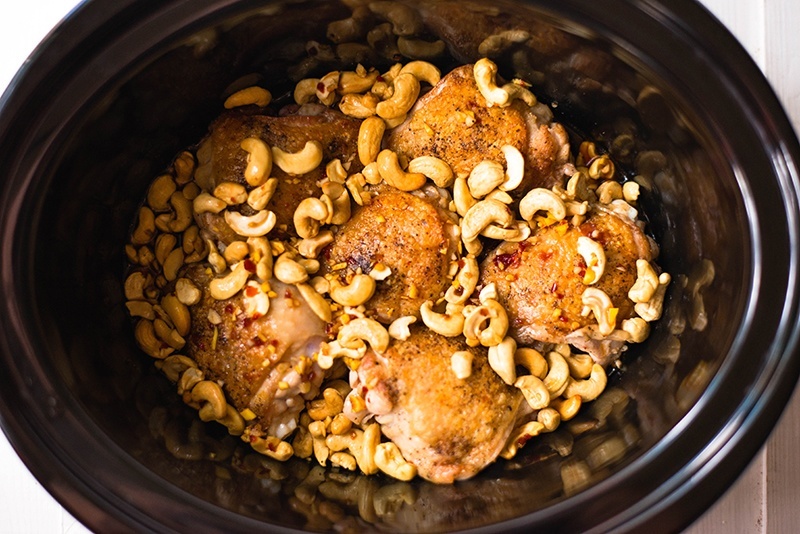 Alright, we all know and love cashew chicken.  But we’re looking at a recipe on A Sweet Pea Chef so there’s gotta be a healthy component to this, right?  Right! Cashew chicken can be a healthy option when dining at Chinese restaurants IF you practice portion control.  After about 1 cup of cashew chicken, however, the calories, sodium, and fat can quickly add up. That’s why making homemade cashew chicken is a great healthy choice.

The biggest nutritional aspects to pay attention to when enjoying cashew chicken are the sodium (hello, soy sauce!) and fat (hello, cashews and chicken thighs!).  That being said, one serving of this cashew chicken will still allow you to continue your healthy lifestyle and partake in yummy Chinese cuisine.  Woot!

If you’d prefer to reduce the saturated fat even further on this dish, you can always replace the chicken thighs with boneless, skinless chicken breasts.  I find I like the flavor a tad better with skin-on, bone-in thighs, though I do remove the skin when I eat it to lessen the fat content and because the chicken already has so much flavor anyways.

This recipe also doubles well, in case you’d rather not use two crock pots! 😉 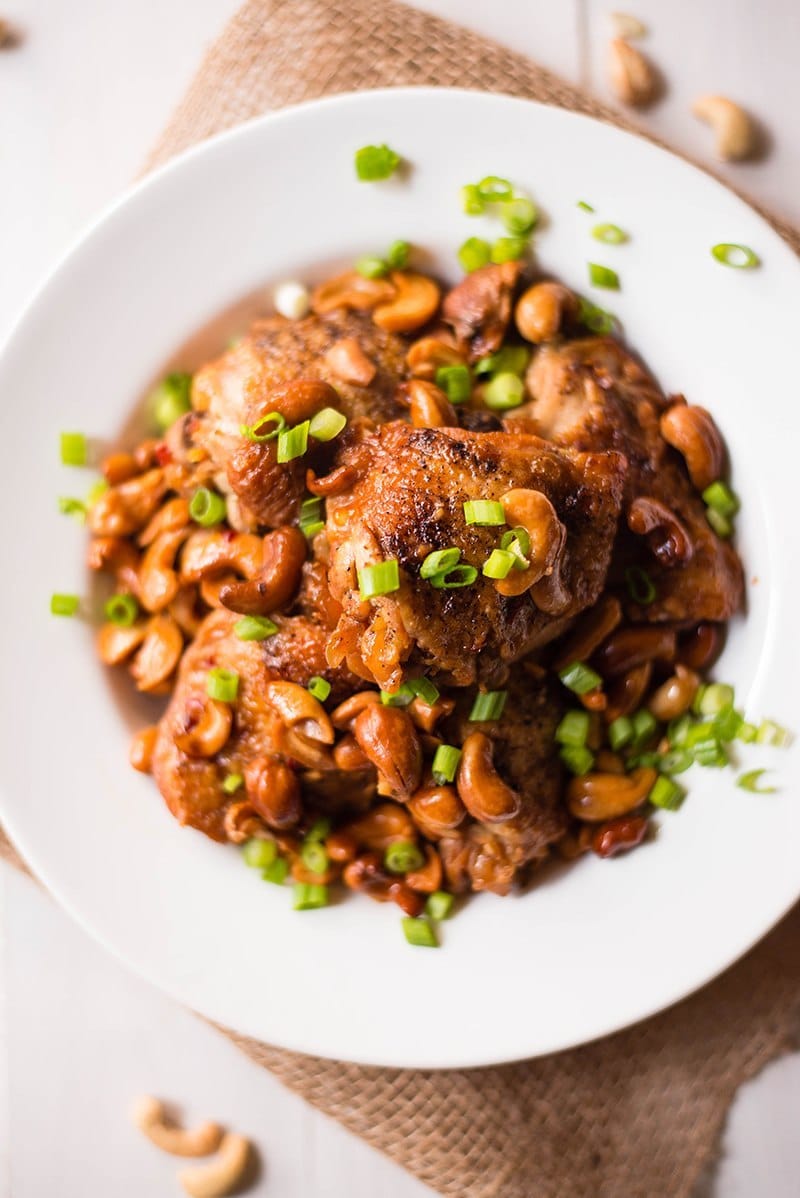 How To Freeze Cashew Chicken

Making meals and freezing them into smaller portions for using later is a great idea, especially with slow cooker recipes since they make so many servings!  It definitely helps on those crazy busy weeknight dinners or when I am out of ideas for what to make for dinner!

To freeze cashew chicken, make the entire recipe as written below first.  Then, allow to cool completely before portioning it into either several 1 quart freezer bags (individual servings) or 1 gallon freezer bag (family serving) or a freezer-safe container.  If using freezer bags, make sure they are freezer safe and remove as much air as possible before sealing.

If you’re wanting to turn this into an easy freezer meal to cook later, follow the directions to brown the chicken and make the cashew sauce, and then add everything into a freezer safe bag.  When ready to cook, just add to a slow cooker and cook. 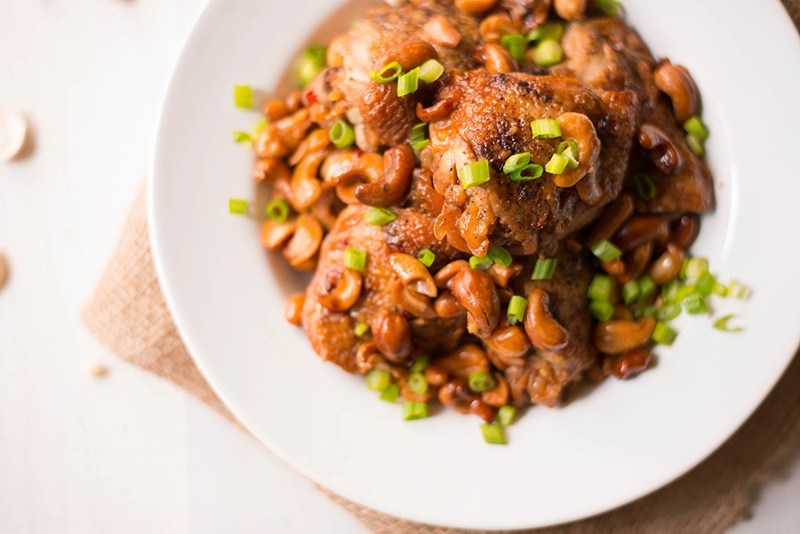 Craving takeout, but still wanna stick to your healthy eating goals (and save the money on takeout)?  Try these better for you, better than takeout recipes to get your fix. 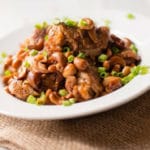 This easy Slow Cooker Cashew Chicken is quick to prep, better than takeout, and way healthier for you, too!

link to Is Protein Powder Good For Weight Loss? | YES! And Here's Why

Protein powder can be an amazing ally for weight loss! This post shares how it can help you effectively lose weight. You'll also learn how to use it and which type is best for your fitness goals.

Garlic has long been hailed for its distinct flavor and impressive medicinal benefits. But what else makes this culinary staple loved all over the world? This post will share the many benefits of...